Are you or students you know interested in gaining hands-on experience as a survey researcher? Catalytic Communities is seeking volunteer captains, surveyors and collaborators in major cities to help implement our fourth-annual Favela Perceptions Survey. After the World Cup, with the international spotlight on Rio, more people than ever will have heard of favelas. It’s time to find out what they think and how their views have changed!

Misplaced perceptions of Rio’s favelas are greatly responsible for the mounting sequence of ineffective policies towards them. This is because policies and programs are often written in response to trends in public opinion and as a form of marketing, rather than true investment in fundamental improvements to resident outcomes. Interesting findings from last year reveal that the vast majority of those with negative perceptions of favelas first heard of them through a mainstream news source and films or movies (81%). While some of those who held positive views of favelas first heard of them through mainstream news sources (18%), a larger portion of those with positive impressions first heard of favelas through traveling to Brazil (30%), with significant numbers through NGOs and other channels. The survey also uncovers specific media influencers, the role of favela tours in affecting perceptions, and a range of other data. 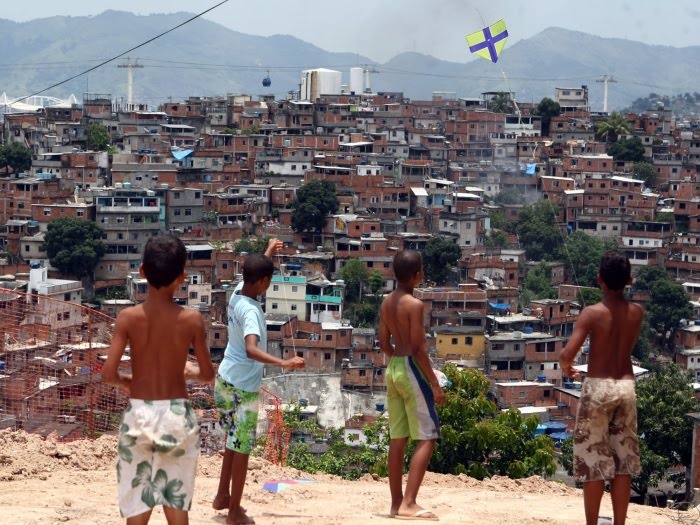 This year’s survey will be the most detailed and important to date as it will reveal how the World Cup affected these figures. The survey works in dialogue with the broader work CatComm is conducting, not least the current longitudinal media analysis we’ve been undertaking. By gauging the current state of global perceptions, CatComm can develop strategies to inform international public opinion which has a direct impact on policies on the ground, advocate for more constructive policies, and provide a framework that can be used by similar communities struggling worldwide.

We are also looking for academic departments interested in helping analyze the data.

You will receive training via Skype on how to conduct the surveys as well as how to enter the data into SurveyMonkey (which has graciously donated their platinum service to us to facilitate data analysis). We estimate 20 hours of your time will be needed in total over the course of October. Survey results will be published at the beginning of December, and will help steer CatComm’s strategy through the 2016 Olympics. In gratitude your name will be highlighted in the survey results report and this year’s Annual Report.