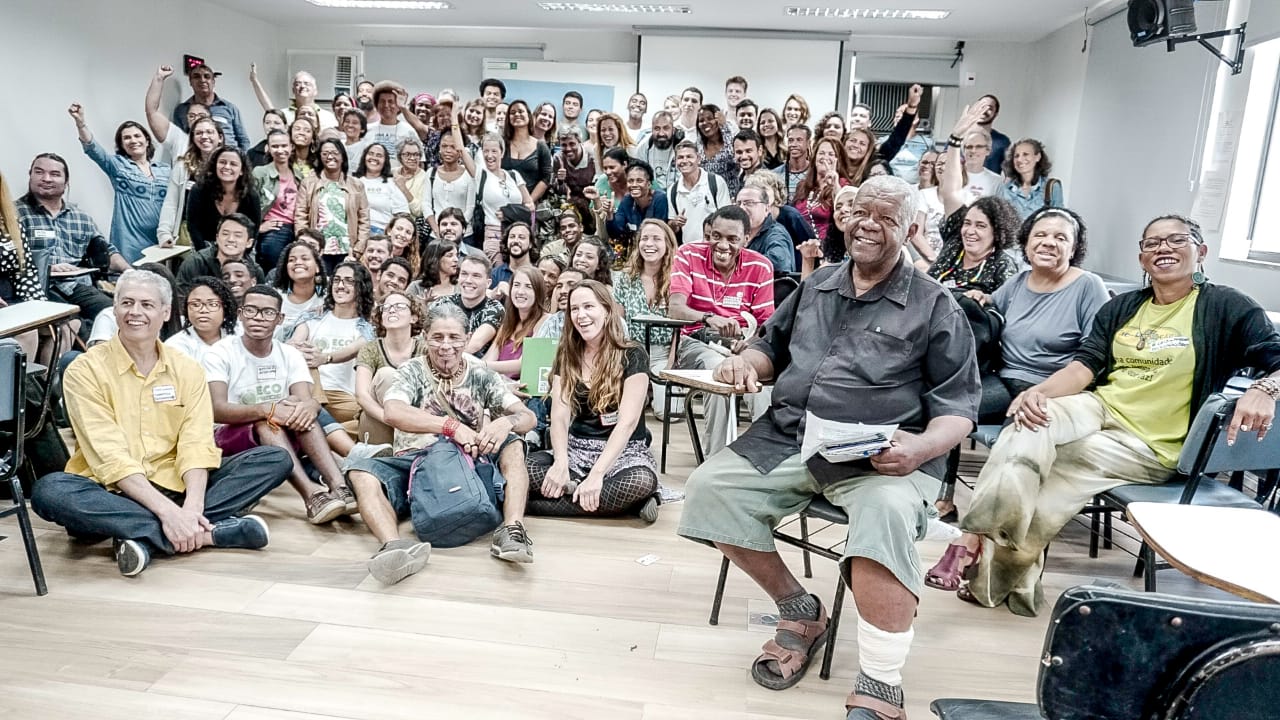 Since 2016, we at CatComm have been building on RioOnWatch’s momentum, launching a new editorial line focused on realizing the potential of favelas as sustainable communities and publishing over the years over 3000 articles in English and Portuguese thanks to dozens of solidarity reporters, community journalists, and volunteer translators. The site is increasingly publishing articles promoting proactive green community urbanism rooted in Rio’s favelas. At the same time, RioOnWatch stays connected to its roots and maintains a responsibility to publish a subset of articles committed to ‘watchdog’ activities tracking policies directed towards favelas, the Olympic legacy and human rights. We reach 250,000 people monthly directly through our publications and social media.

As a second pillar of our third phase, CatComm is now developing its Sustainable Favela Network. We’ve identified over 100 favela sustainability and resilience initiatives across Rio, now mapped and analyzed to detect opportunities to leverage this network for fast-paced grassroots development in a period characterized by a vacuum of productive policies. This project actually began in 2012 with the short film “Favela as a Sustainable Model” produced for the UN Conference on Sustainable Development in Rio. Surprised by the overwhelming positive response to the idea that favelas were often rooted in sustainable principles, CatComm is now making the Sustainable Favela Network a major program moving forward, preparing a series of community exchanges in September 2018, while developing a Sustainable Favela Indicator based on environmental footprint, well-being and basic service measurements so communities can self-benchmark and advocate for policies that will allow them to develop in truly and thoroughly sustainable ways.

Our third major program of phase three ventures into entirely new territory, as we work to develop legislative proposals at the federal level and pilot communities at the local level to explore the possibility of Favela-Community Land Trusts (F-CLTs) as a solution to tenure security in Brazil and, as a consequence, globally. Favela CLTs have the potential to offer a model for land titling in informal settlements around the world (1/3 of humanity by 2050 who would otherwise have precarious access to land or be at risk of speculative displacement). This model allows residents to individually own their homes while they collectively own the land under their homes and manage it for perpetuity, thus providing the highest possible level of tenure security while also offering residents the right to develop their neighborhoods as a community or sell their homes as individuals. Our Executive Director spoke about it at the Lincoln Institute of Land Policy in Cambridge in 2017. We are currently both developing a legislative proposal to make this a viable possibility in Brazil and with communities in Rio de Janeiro interested in piloting a CLT. Workshops will be held in August 2018. This project involves a partnership with the Caño Martín Peña settlements in Puerto Rico who have successfully modeled the potential of Favela CLTs, and LEDUB, the Brazilian Urban Law Laboratory. Our work on this (and theirs) was featured in a CityLab article on this growing movement.

Check back regularly for updates to this page.