Since 2010, Catalytic Communities’ Executive Director, Theresa Williamson, Ph.D., has given lectures at universities around the world on a range of topics related to favelas and issues of urban development in Rio de Janeiro. This is one of the ways that we disseminate up-to-date information, support research efforts and build awareness of important issues affecting Rio’s favelas. Themes covered cut across disciplines and can help those from disparate disciplines think about the practical implications of their work, such as in urban planning, environmental studies, international development, sociology, anthropology, global health, journalism and beyond. The honoraria, in turn, are a critical source of funding for our four programs: RioOnWatch, the Sustainable Favela Network, Favela Community Land Trusts and the Covid-19 in Favelas Unified Dashboard. 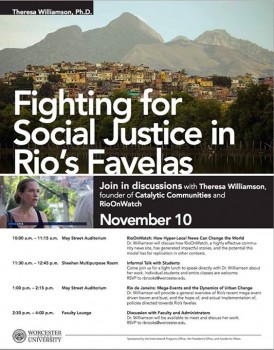 Dr. Williamson is available to deliver online lectures on the following or related topics, always focused on Rio’s favelas from different perspectives. New lectures can be developed based on request. Past lecture titles are available below. Please share the specs on the lecture of interest to you. Each lecture lasts approximately one hour plus Q&A. 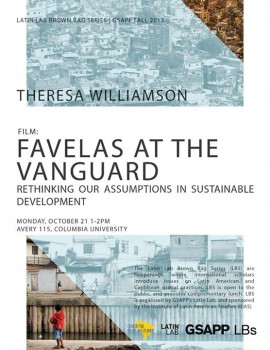 A one-hour virtual lecture plus 30 minute discussion, or multiples talk package are available. Multiple talk packages can include a range of activities such as a variety of classroom talks, ‘Shatter your Lens’ Workshop, individual or group meetings, consultations with faculty researchers, study abroad programs, and/or Portuguese seminars. Presentations are often multi-media. All honoraria are paid to Catalytic Communities, a 501[c][3] nonprofit, to further efforts in support of Rio de Janeiro’s favelas.

In the wake of Rio de Janeiro’s recent mega-event driven urban reconfigurations, the transformative years when Rio hosted the 2014 World Cup and 2016 Olympic Games raised hope for actual investments and improvements in the city’s favelas – the city’s most chronically underserved communities. The presentation will provide an introduction to Rio and its social struggles, including the city’s racial history, particularly focusing on the rapid transformation of the city from 2009 through 2016. It offers an overview of Rio’s recent boom and bust’s impact on favelas and a detailed look at how communities have responded, developed and grown resistance strategies in response to these policies. Specifically, the talk discusses the question: what do Rio’s Olympic years teach us about poor urban planning and development policies, as well as effective community organizing and resistance? 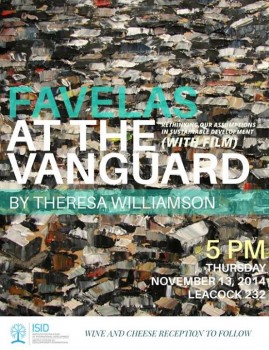 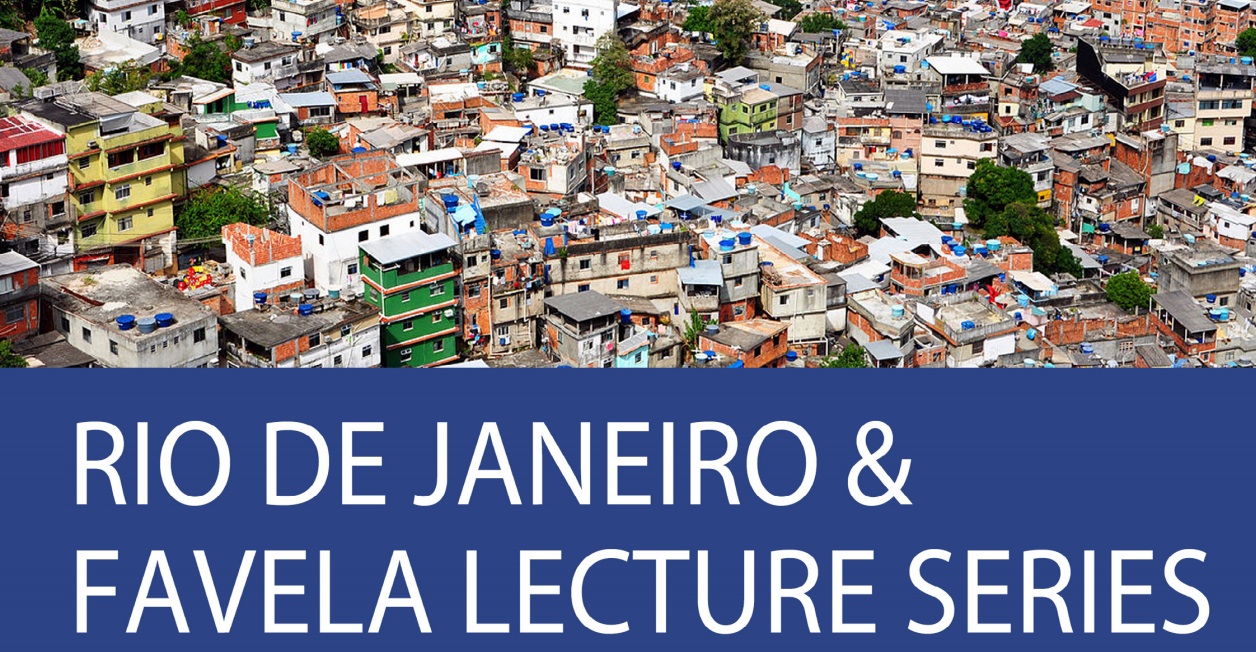