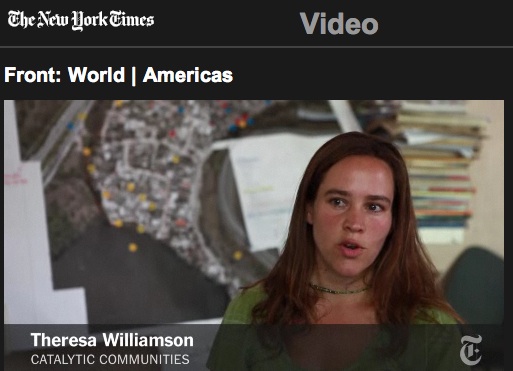 March 5, 2012–Today marks an important milestone for Catalytic Communities. In today’s New York Times, correspondent Simon Romero undertakes an inquiry into current evictions in Rio de Janeiro and across Brazil, calling attention to the growing nature of discontent as ‘Brazilian law is adapting to carry out the Games, rather than the Games adapting to fit the law,’ and to communities’ commitment to stay:

“There was just one problem: the 4,000 people who already live in that part of Rio de Janeiro, in a decades-old squatter settlement that the city wants to tear down. Refusing to go quietly and taking their fight to the courts and the streets, they have been a thorn in the side of the government for months.”

Over the past six weeks we provided background information and contacts in communities featured in the story, and posts from our community news site, RioOnWatch, were consulted for the article. We were featured in the accompanying video. 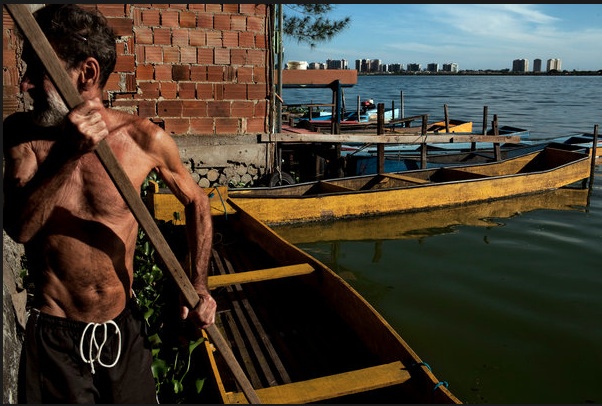 This story comes on the same day as the bidding process begins for the Olympic Park project here in Rio, which according to current plans will force the eviction of Vila Autódromo, a community that has existed for 40 years, and despite land rights, is not being negotiated with, as if residents were recent invaders speculating illegally on the land. The city’s ability to treat residents as they do stems from the clear lack of public awareness of what communities like Vila Autódromo have been able to accomplish over decades, such that the alternatives offered by the City are significantly inferior to residents’ current quality of life.

CatComm has been following this particular case, and others, very closely, as we define our strategy for the years ahead. We are now dedicated to tackling head-on the stigmas that allow such practices to take place. And we are thrilled to have been able to help bring this level of attention to this story.