The final evaluation report described and analyzed a list of 27 outcomes in 6 communities.

November 1, 2017—Between January and May 2017, Catalytic Communities‘ unique management approach and our resulting impact on the ground were evaluated in partnership with Kayla Boisvert of D3 for Change, supported by a grant from the Faster Forward Fund. We hoped to gauge how our particular approach has allowed us to be responsive and effective in supporting Rio de Janeiro’s favela communities and a more inclusive urbanization. 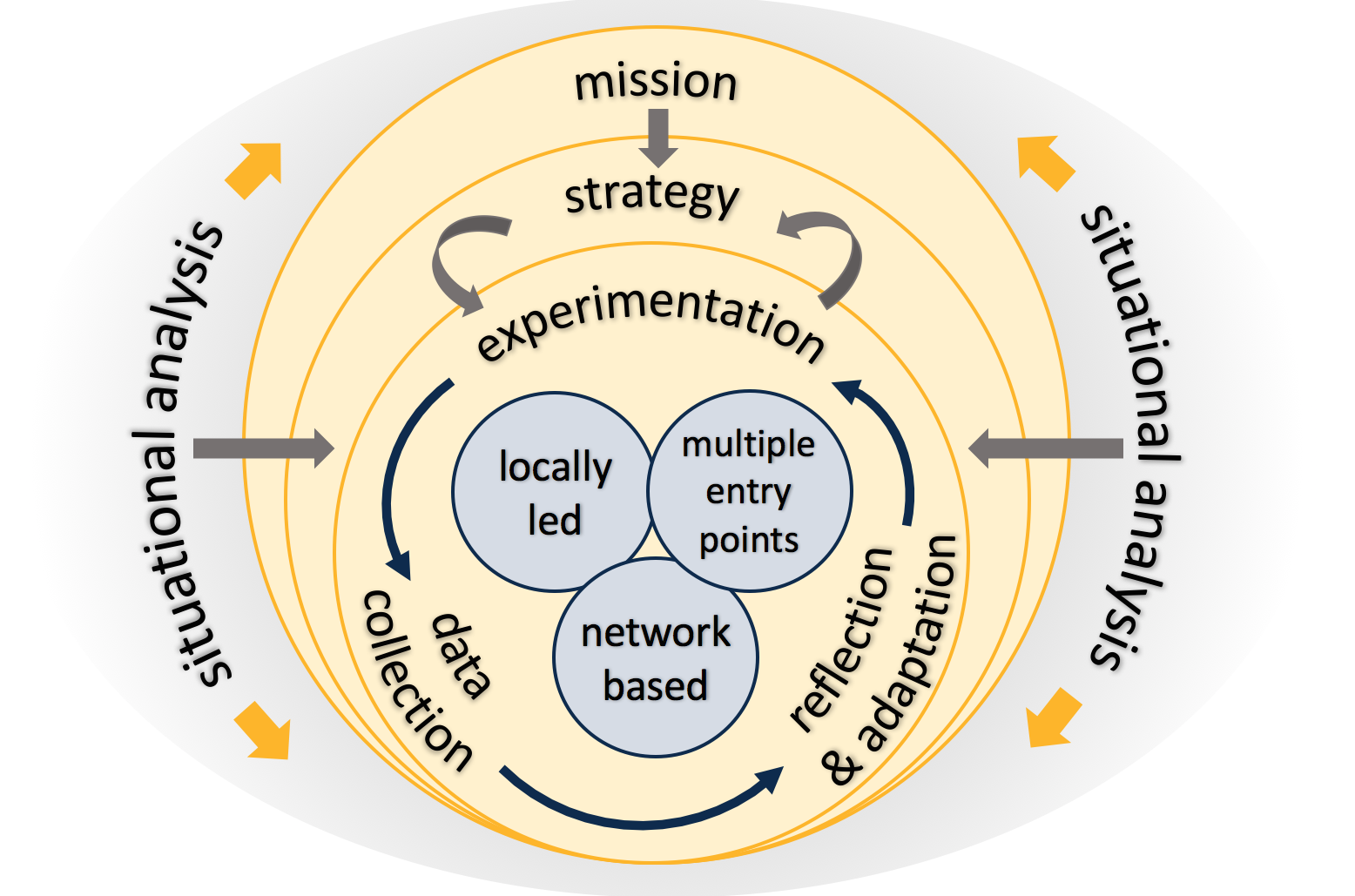 Over the years, Catalytic Communities has learned we must be adaptive given the very complex, constantly-changing environment in which we operate as we work to serve Rio’s favelas and our mission. We support hundreds of local organizers that reflect the challenges and goals of the 1000+ favelas across the city and constantly recalibrate our approaches based on those perspectives.

In order to successfully navigate and respond to this complex social context, CatComm applies a system of regular collection of data and feedback, reflection and analysis, and strategic adjustment. Our approach allows us to constantly grow our understanding of issue areas as well as alter activities and strategies within our larger mission to best meet the needs of the communities we support.

Kayla Boisvert, a doctoral student from the University of Massachusetts and Principal Investigator on the evaluation, conducted a preliminary case study between January 2016 and May 2016 to understand the process of data collection, reflection, and adaptation used by CatComm to be an effective agent of change in the Rio context. The study, entitled Responding to Complexity: A Case Study on the Use of Developmental Evaluation for Managing Adaptively, found that CatComm–originally founded through a process of constant reflection as Executive Director Theresa Williamson’s doctoral thesis defended in 2004–has continued to create a customized methodology to fit this unique environment and work, which emphasizes flexibility, continuous learning, and resourcefulness. In addition, CatComm both works off a five-year plan with annual operating horizons, and operates in a highly organic setting using informal interaction with communities to gather information and create and adapt its strategies day-by-day.

Collaborating with Evaluation Experts, Journalists, Favela Leaders and Residents to Understand Our Role

Over the course of six months, an evaluation was carried out by Kayla Boisvert; Theresa Williamson, Executive Director of Catalytic Communities; Ricardo Wilson-Grau, evaluation expert and developer of Outcome Harvesting, the methodology used in this study, of Consultoria em Gestão Empresaria LTDA; and Ash Hartwell, Monitoring and Evaluation (M&E) Specialist and faculty member at the University of Massachusetts. 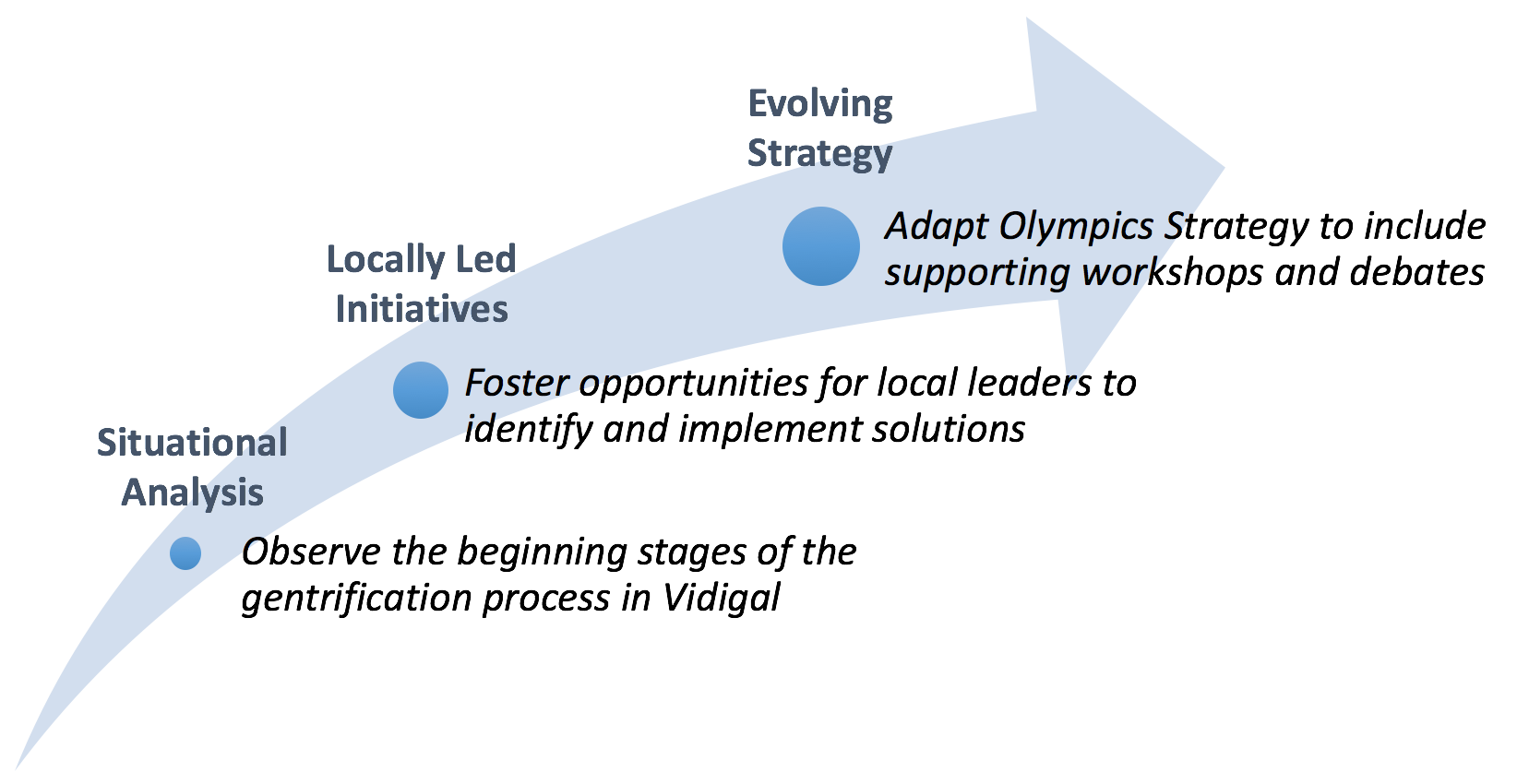 Situational analysis and working with locally-led initiatives allow the organization to evolve its strategy in increasingly nuanced and effective ways.

While Catalytic Communities has provided a wide range of support for a multitude of favela community-led movements since 2000, the scope of this evaluation focused on CatComm‘s activities and outcomes related to pre-Olympic evictions between 2009 to 2016. During this time, we worked to support favelas resisting eviction by documenting human rights abuses and strategically reporting on eviction-related news, providing resistance training to community leaders, informing residents of their rights, actively working to add nuance and accuracy to the traditionally counter-productive and inaccurate narrative on favelas, as well as informing and advocating through international media. All these activities were executed within the context of CatComm’s responsive methodology, focused on learning from a continued dialogue with favela organizers, residents and a variety of stakeholders to find the most effective ways to support communities, in this case under threat.

Through an iterative process, the evaluation team analyzed changes in eviction patterns, community actions, and news reporting to form a list of outcomes that CatComm had directly influenced. These results included increases in reporting of eviction-related news by international media, increased compensation for displaced families, and a decrease in evictions.

To verify and refine these outcomes, the group conducted interviews to gain an outside perspective on CatComm’s role during the pre-Olympic period. Through conversations with international media contacts and residents from six different communities the evaluation team was able to develop an understanding of the effectiveness of CatComm’s strategy in eviction resistance movements and the critical role of learning and adapting in securing these outcomes. The team revised, analyzed, and eventually published the outcomes in a final report submitted to the Faster Forward Fund in May. 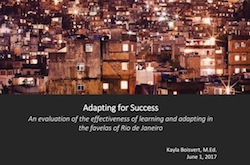 The final evaluation report, Adapting for Success: An evaluation of the effectiveness of learning and adapting in the favelas of Rio de Janeiro, established a list of 27 outcomes in 6 communities where Catalytic Communities aided in resident resistance through community reporting, training, and advocacy. These outcomes, also highlighted in the Executive Summary, hinged on CatComm maintaining a constant dialogue with community members, remaining responsive to their needs, observing local political and international Olympics-related news, and adjusting our strategies accordingly. While these efforts were always community-led, and despite the City of Rio evicting some 80,000 residents during the pre-Olympic period, Catalytic Communities nonetheless provided critical support that prevented illegal destruction of houses by government workers, increased the bargaining power and agency of residents facing eviction, and helped prevent the eviction of many families.

In one early instance, CatComm volunteers came to the community of Taboinha at the request of residents simply to document their eviction and demolition of their homes. When these volunteers began filming the demolition, police harassed them, threatening to take their equipment and documents. This encounter between the police and CatComm volunteers was in turn filmed by residents, leading the officers to hand back the equipment and leave the community. Bulldozers also left, having demolished 6 houses out of approximately 260. This interference gave the community the critical time needed to receive legal protection for their homes and demolition in Taboinha stopped completely. This is one of a wide range of ways in which CatComm’s actions generated positive outcomes for communities facing eviction during this period. 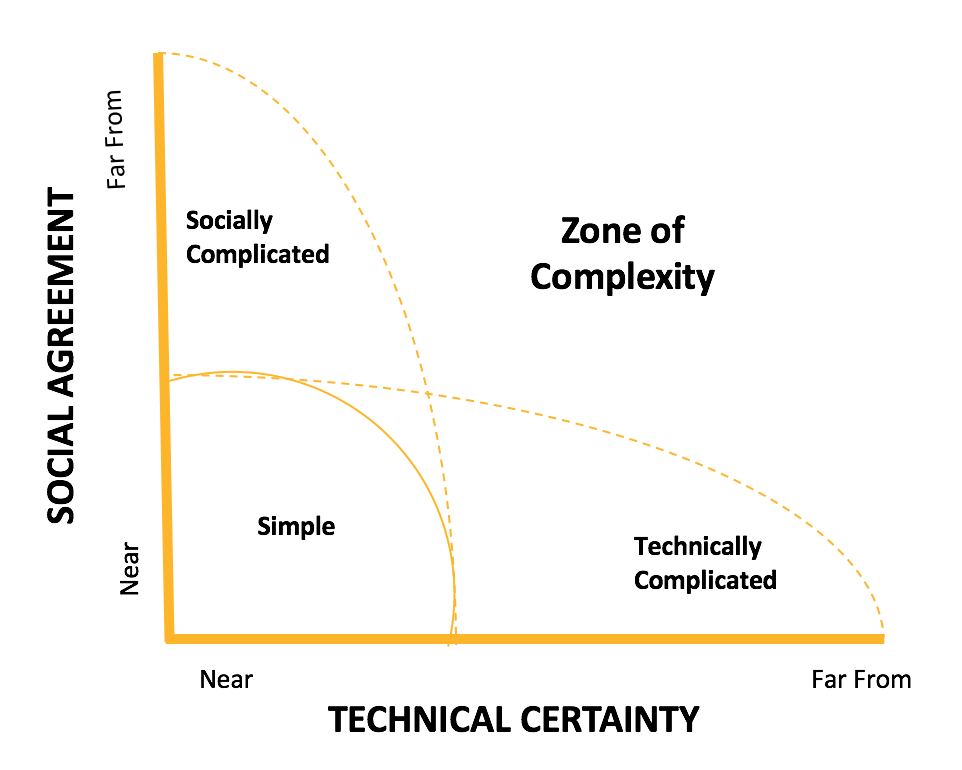 CatComm’s responsive approach to management and evaluation is more appropriate than traditional approaches in complex contexts–when there are low levels of technical certainty and social agreement about how to solve problems (Adapted from Patton, 2011).

This one-day event contrasts with the long-term support CatComm provided in Vila Autódromo, a favela situated adjacent to the 2016 Olympic Park that held two titles and was home to 700 families, almost all of whom were committed to staying in their peaceful community. The battle there started in 2009 when Rio’s mayor announced the community would be removed for construction of the Olympic Park (despite the projected Park being adjacent to, and not on, Vila Autódromo’s land).

During the first year of its resistance effort, the Vila Autódromo Residents’ Association focused mainly on legal approaches to resistance, the course of action that had served them best in the past when they had acquired titles from the State government that owned their land, after suffering eviction threats from the City.

However, with support from CatComm Vila Autódromo developed a media campaign to raise international awareness of their struggle and put pressure on the City government. Recognizing the influence of media on the local administration at the time, CatComm brought strategic international reporters from at least a dozen countries to the community for in-depth reporting, provided rigorous coverage of evictions there through 150 articles about the Vila Autódromo resistance movement and ensuing conflict with the City on the RioOnWatch news site, and provided story ideas, direct news feeds, contacts and translation for international journalists who came during the mega-events. Again, CatComm continuously analyzed the situation and adjusted these activities to maximize their effects. After a five-year battle, all but 20 of the original 700 homes were destroyed and their occupants relocated. However, CatComm’s efforts to develop media coverage of this struggle and place pressure on the City government contributed to the protection of these 20 families as well as increases in compensation for relocated residents. Specifically, in some cases residents were given much better payments for their homes, given larger homes upon relocation, were relocated to more convenient parts of the city, and had new homes constructed for them by the government.

The Secrets to Our Success 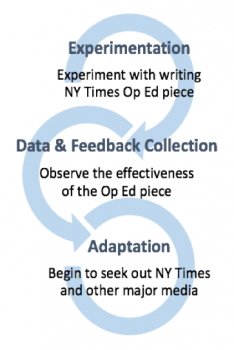 The evaluation found that Catalytic Communities’ system of continuous learning and adaptation is a central component of our success. In order to continually learn, we engage in a process of ongoing analysis of the situation, rooting our activities, which are locally-led, network-based, and address multiple points of entry, in the emerging needs and opportunities within favela communities. We constantly experiment with new, innovative ways to support communities; then we collect data and feedback in a number of formal and informal, planned and emergent ways, which allows us to reflect on and adapt our activities and ultimately our larger strategies.

CatComm recognizes that our ability to help achieve sought-after changes in these communities requires us to be free of rigid policies and continuously look for ways to improve activities and strategies within the overarching goal of community-led integration into the city. By having flexible goals within a clearly-defined and firmly-held mission, constantly seeking to develop and preserve trust, and engaging in diverse strategies that play a supportive role, Catalytic Communities has been able to successfully navigate and embolden the complex social, political, and cultural environment of Rio’s favelas.

The evaluation particularly found that the success of Catalytic Communities’ approach is largely enabled by the strong bonds of trust formed with partner communities. Because of the close relationships CatComm has fostered over the years with favela communities, we are able to have an open dialogue with residents who provide continuous feedback that CatComm uses to reflect on and adjust strategies. In addition, being directed by input from community members allows us to effectively understand and address their needs, advocate with them, and find the most effective ways to support their goals.

Finally, the evaluation revealed that not only are CatComm’s activities and strategies learning- and adaptation-focused, but so too is our approach to management and evaluation. CatComm’s ability to collect data and feedback, reflect on it, and adapt in order to support favela communities has evolved over time as we better learn how to learn in our context. Just as the activities and strategies we employ to support favela communities will not work if overly planned, rigid, or linear, neither will our approach to managing and evaluating. Our approach reflects the dynamic and emerging realities that we as an organization working in a complex context face.

This evaluation has allowed us to better understand our role in supporting Rio de Janeiro’s favelas, and has provided a thoroughly developed perspective of our organization’s activities which we can now use to further develop strategies and goals. In addition, CatComm has been able to gain a better understanding of these strategies’ effects and the importance of adaptability in our activities. This project also contributes to a growing body of evidence on the effectiveness of more flexible, learning-based and adaptive organizational models that are particularly impactful in complex environments. By being free of a rigid agenda that would keep us from responding to unforeseen circumstances, CatComm’s approach allows us to engage with the strategic opportunities that result from the rapidly changing environment in which we operate.

Click here for the 2017 CatComm Evaluation Report “Adapting for Success”