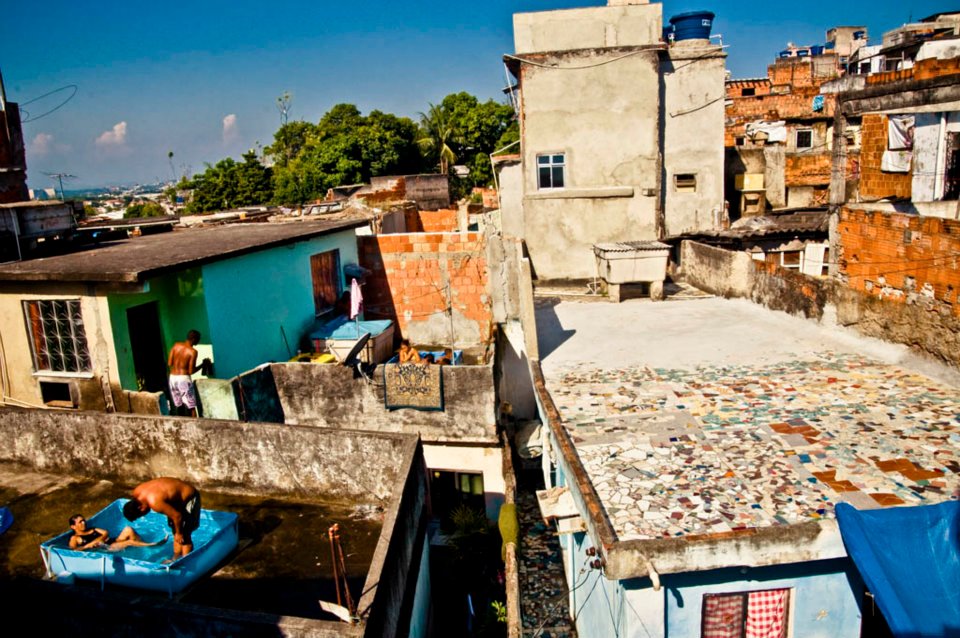 Favelas are places increasingly recognized by planners and architects for their:

85% of housing worldwide is built illegally. In highly urbanized Latin America, one third of all city dwellers live in informal conditions.

In the city of Rio, close to 1.5 million people – around 23-24% of the population – live in favelas. That’s comparable to the percentage living in affordable housing (public, rent controlled, cooperatives, community land trusts and other models) in major cities worldwide. Rio’s favelas are our affordable housing market. Rio has more favela residents than any other Brazilian city and, all together, Rio’s favelas would comprise the ninth largest city in the country.

There are over 1000 favelas in Rio. They range from newer or more challenged communities with slum-like conditions and a desire to resettle, to functional, vibrant neighborhoods determined to maintain their qualities and continue developing in their own extraordinary ways.

Rio’s oldest favela, Providência, was founded in 1897 within a decade of the abolition of slavery, in the Port area that received two million enslaved Africans (four times the number taken to the entire United States).

According to a recent survey of six communities, 95% of favela homes are built of brick, concrete, and reinforced steel. 75% have tile floors. Residents put decades-worth of income and physical labor into the construction and consolidation of their homes. Peek inside and you’ll not only see the basics of electricity, running water and indoor plumbing, but a large-screen television and, in over 44% of cases, a computer. The increased presence of computers and other technologies allow for the fact that, as of 2012, nine out of ten favela residents under 30 could access the Internet. 2015 data showed that favela residents are more technologically connected than those living on the “asphalt,” or formal city.

30% of Rio’s population is not connected to a formal sanitation system, which encompasses not only some of Rio’s favelas but also some of the city’s wealthier neighborhoods.

The 12 million people living in favelas across Brazil are responsible for generating R$38.6 billion per year in commercial activity, which is equivalent, for example, to the GDP of Bolivia. In 2001, 60% of favela residents belonged to the lower class and 37% to the middle class. By 2013, 32% were in the lower class and 65% in the middle class. This shift corresponded with a 54.7% increase in the average wage in favelas from 2003 (US$269) to 2013 (US$460). This is significantly greater than the national average wage increase of 37.9% over the same period.

As of July 2015, a total of 22,059 families, amounting to 77,206 people, had been forcibly removed from their homes since 2009 in Rio. This after two decades of relative security of land tenure following Brazil’s 1988 Constitution that guaranteed the right to housing. What made this possible is the “state of exception” — a period of anything-goes opportunistic governance associated with pulling off mega-events. In this case, the 2016 Olympic Games.

Since 2008, the state of Rio de Janeiro has established 38 Pacifying Police Units (UPPs) across the city’s favelas. 24-hour UPPs maintain a physical base in each favela or group of favelas occupied with the goal of removing visible manifestations of the drug trade and all arms and making the streets safer for residents. The UPP program represents by far the largest public monetary investment in Rio’s favelas. However, since its promising early days the program has come to represent forced occupation and torture in more recently occupied communities. Furthermore, according to a study in late 2013, 37% of favelas were controlled by drug traffickers while 45% were dominated by militias. Amid the current economic crisis and cuts to the state security budget, the pacification program is facing its most challenging period yet.

The percentage of blacks in communities on the urban periphery is higher than in the general population: 67% versus the 52% national average. In Rio, racial segregation can be mapped geographically, with wealthy South Zone neighborhoods being up to 90% white and blacks concentrated in the urban periphery and favelas. In Brazil, a black worker is paid on average 36.1% less than a non-black worker, regardless of region or educational attainment. In the past decade the country has become more dangerous for the black community, with a 40% increase in the number of black Brazilians killed annually over that period. Young, black men from the favelas are most likely to be victims of police violence in Rio: between 2010 and 2013, of 1,275 registered cases of killings by on-duty police, 99.5% of victims were men, 79% were black and 75% were aged between 15 and 29.