Why We Should Call them Favelas

Rio’s favelas are some of the most written about, scrutinized, and studied low-income communities in the world. Yet in this constant, often well-meaning spotlight, favela communities are consistently misrepresented by lazy choices in the language used to describe them. Here we deconstruct some of the most common misrepresentations, outline why we should drop the sensationalism and just call them favelas, and offer some examples from good reporting.

This is the most common translation for the word ‘favela,’ appearing in major media publications all over the world. According to the UN-HABITAT definition, a slum is a run-down area of a city characterized by substandard housing, squalor and lacking in tenure security. This description doesn’t apply to the vast majority of favelas in Rio: the primarily brick and cement houses are built well and to last; conditions are not squalid, with running water, electricity, garbage collection and Internet access, though of low quality, reaching the majority of homes; under adverse possession legislation, residents have the legal right to occupy the land and in some favelas residents hold title.

The key connotation of the word ‘slum’ is squalor. The word ‘slum’ originated from the Irish phrase ‘S lom é’ meaning “it is a bleak or destitute place,” and it is this meaning that it carries forth until today. Anyone who has visited a favela can attest that they are for the most part vibrant places that buzz with life and activity, and since Brazil’s favela residents are responsible for generating R$38.6 billion per year in commercial activity and 65% of them are in the middle class, it is unfair and wholly inaccurate to regard their communities as destitute. 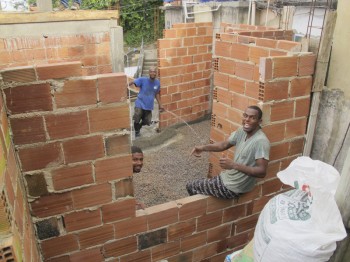 Shantytowns are commonly understood as settlements “of impoverished people who live in improvised dwellings made from scrap materials: often plywood, corrugated metal and sheets of plastic and cardboard boxes.” The Oxford English Dictionary definition of shanty is “a small, crudely built shack.” Thus, what defines a shantytown is the poor quality of the buildings.

Favela residents invest in and take great pride in their homes, and the improvised shacks of the communities’ beginnings have for the most part long been replaced by solid, permanent structures. In Providência, for example, Rio’s oldest favela, 98% of homes are made of brick, concrete and reinforced steel and 99% have concrete or roof tile roofs. In other words, categorically not shanties.

A squatter settlement is defined as a residential area which has developed without legal claims to the land and/or permission from the concerned authorities to build. Favelas indeed started as squatter settlements due to the absence of public or affordable housing and severe land inequality in Rio in the late 19th and throughout the 20th century when Brazilians fled the countryside to the cities due to limited access to rural land and following the country’s particularly late abolition of slavery in 1888. Without other options, workers built their own accommodation. However, over decades and sometimes a century of development, these communities evolved and spurred Brazil to implement some of the strongest housing rights in the world, including a constitutional right since 1988 to adverse possession.

Formally, a squatter settlement is defined by land tenure with residents occupying land illegally. Favela residents have occupied land in their communities for decades, and legal right to the land is widely acknowledged, despite very few receiving titles. Referring to favelas as squatter settlements misrepresents favelas by denying residents’ hard-won legal right to the land and serves to undermine current calls to empower residents through legal tenure by reinforcing the image that favelas are settlements that exist outside the law. 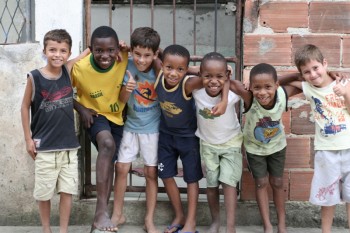 The term Ghetto originates in early 17th century Venice, used to describe the part of the city to which Jews were restricted. The word now refers to an urban area occupied or dominated by a single minority or isolated and often marginalized group. Rio’s favelas, by contrast, are heterogenous melting pots of groups from all over Brazil (increasingly the world) and where a multiplicity of religious and cultural practices coexist. They are also located throughout the urban landscape with residents working and circulating across the city. The only single minority group is favela residents as a whole. Viewing the favelas as ghettos denies their inherent cultural diversity as places of migration and reinforces the stigma that favelas are essentially different from Brazilian society as whole. Whereas in practice they are widely recognized as dominant producers of Brazilian popular culture.

While the writer’s intention in using the word ghetto as a synonym for favela is surely to call to mind negative connotations associated with ghettos (eg. poverty and crime), the lazy usage also has the unintended consequence of marginalizing a significant and diverse portion of Rio’s population based purely on their favela resident status. 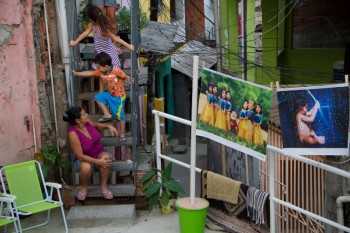 Invoked particularly in coverage of the police occupations of Rio’s favelas is the description of these communities as “lawless.” The Oxford dictionary definition of the word is “not governed by or obedient to laws; characterized by a lack of civic order.” Though drug traffic-controlled favelas (37% of favelas at current estimates) are not directly governed by the state, this is not to say there is no law or obedience of laws. The vast majority of favela residents are law-abiding citizens and many are members of civic society organizations, such as community groups, churches and neighborhood associations. Describing their neighborhoods as “lawless” denigrates them, and neglects the reality that the drug gangs impose their own law and order and comprise a small percentage–at most 2%–of residents. Criminal activity that is able to flourish due to a lack of state presence is a daily reality, however it is reductive and inaccurate to label the communities “lawless.”

The Dark Side of Rio 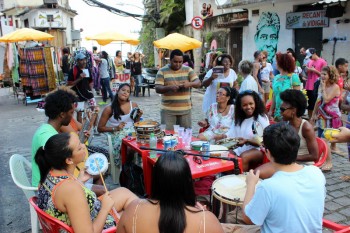 While there are increasing articles focusing on Rio’s favelas as tourist attractions, reports are still published painting the beaches and caipirinhas as Rio’s light side, and the favelas as the dark side of Rio. This lazily plays on the prevailing impressions that Rio’s favelas are solely places of poverty and crime, rather than the reality that they are consolidated functional and innovative communities burgeoning with life and cultural activity. Some of Brazil’s most lauded cultural contributions to the world–samba, capoeira, funk–originate in the favelas. To identify the city’s premier neighborhoods bursting with culture, entrepreneurship and creative urban solutions as the dark side of the city is to deny the reader exposure to what they have to offer.

The stigma favela residents face affects their confidence, self-esteem and life opportunities. It also legitimizes exclusionary top-down policies which deny communities participation in the decisions and programs which affect them. This stigma is reinforced every time a reporter revisits the media stereotype of favelas as slums and dark places of precariousness and crime and has serious consequences. Rio’s communities should be recognized for what they are, and named accordingly. As such, we should call them favelas.

As Georgetown University historian Bryan McCann explains in his latest book, Hard Times in the Marvelous City, “The term favela…is difficult to define, in part because favelas have changed so dramatically over the past thirty-five years. About the only things that today’s Vidigal has in common with the same neighborhood in 1978 is the absence of property title and the continuing discrimination against its residents, yet everyone still recognizes it as a favela.”

Etymologically, the term favela is based on the name of the robust favela plant prevalent in the Canudos hills in the Northeast of Brazil where soldiers served battle in 1897 before victory and the final move to Rio de Janeiro to claim the land promised–yet not delivered–by the Ministry of War. As a result, they settled the first favela community and named it “Morro da Favela” (“favela hill”). This community is today known as Morro da Providência, Rio’s most historic favela. Following this settlement, all other informal settlements in Rio became known as favelas. The term “favela,” as such, has no inherent negative connotation, as do the above terms. And residents of favelas active in campaigns to integrate these communities into the city proudly use the term to represent a range of community qualities and to insist on the recognition of their historic role in building the city of Rio de Janeiro.

Great examples in the media

Since we first created this page, we’ve seen major improvements in how favelas are described in English-language media, but journalists still ask us how to handle this issue. We recommend you:

“After Eduardo’s death, the police broke up demonstrations by firing smoke bombs and rubber bullets in Complexo do Alemão, a patchwork of favelas, or relatively poor urban areas that largely emerged as squatter settlements.” – The New York Times

“…Morro da Providência, the hill near the port area of Rio de Janeiro, which, 40 years earlier, had become Brazil’s first favela.” – The Guardian