Our regular RioOnWatch News Digest compiles, in one place, the latest news and opinion on Rio’s favelas from our community news site RioOnWatch, as well as what broader news sources have to say on Rio’s current favela trends. It’s the best summary of English-language favela news compiled anywhere on the Web.

View past digests by clicking on the links below or view all CatComm mailings here.

September 20–October 3: Privatization of Water and Sanitation | Covid Lethality in Favelas as Rio Reopens | Municipal Elections Heating Up | To Be Black in Brazil

March 2–15 – Special Issue: One Year Without Marielle | Carnival Is Resistance

July 7–13: Marielle, Malala, Militias, and a March for Justice 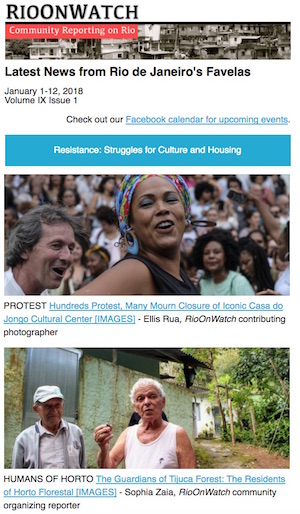 March-April: The Latest from Our Work in Rio | Favela News 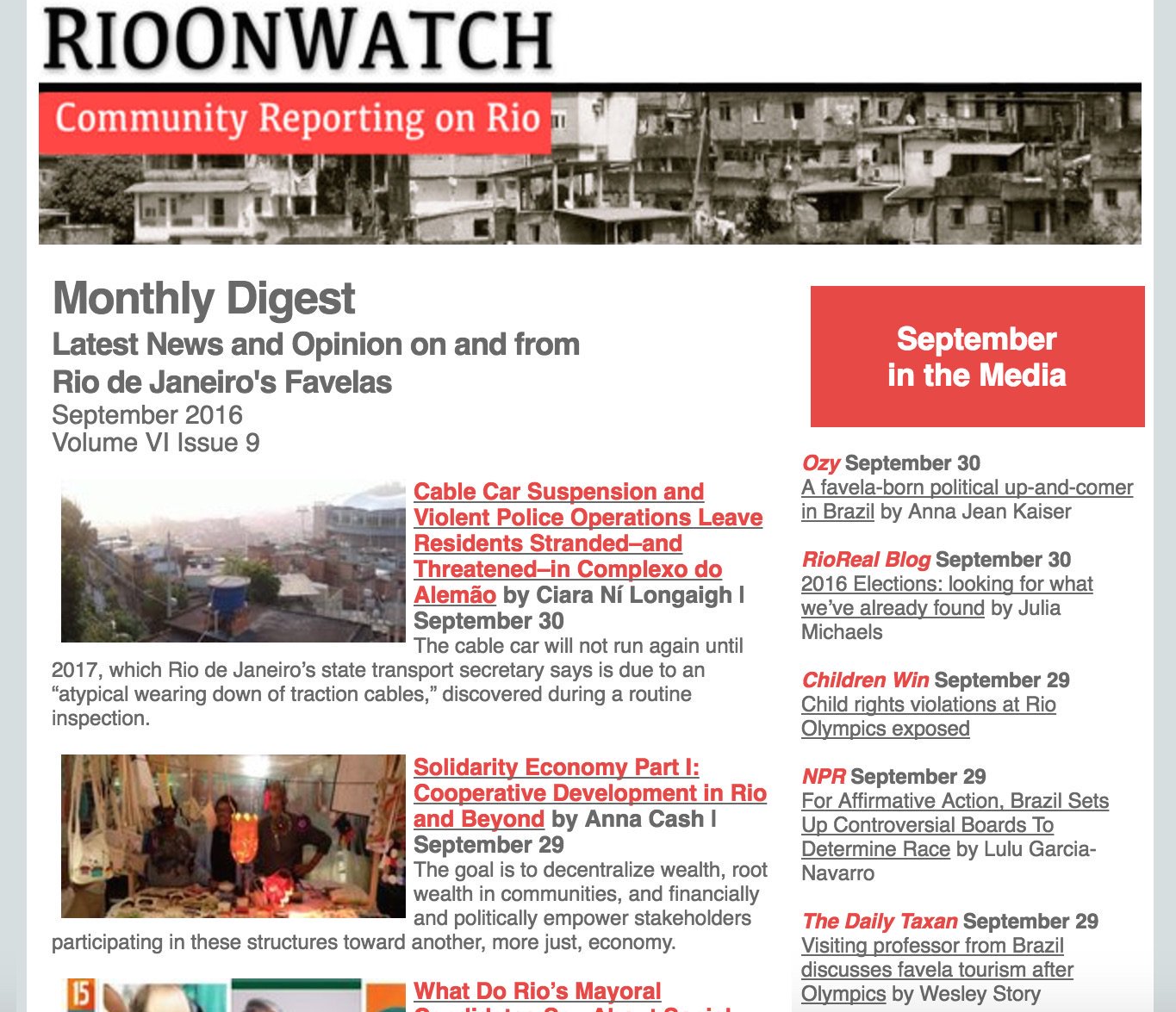 May: Banality of Violence | Right to Housing | School Occupations 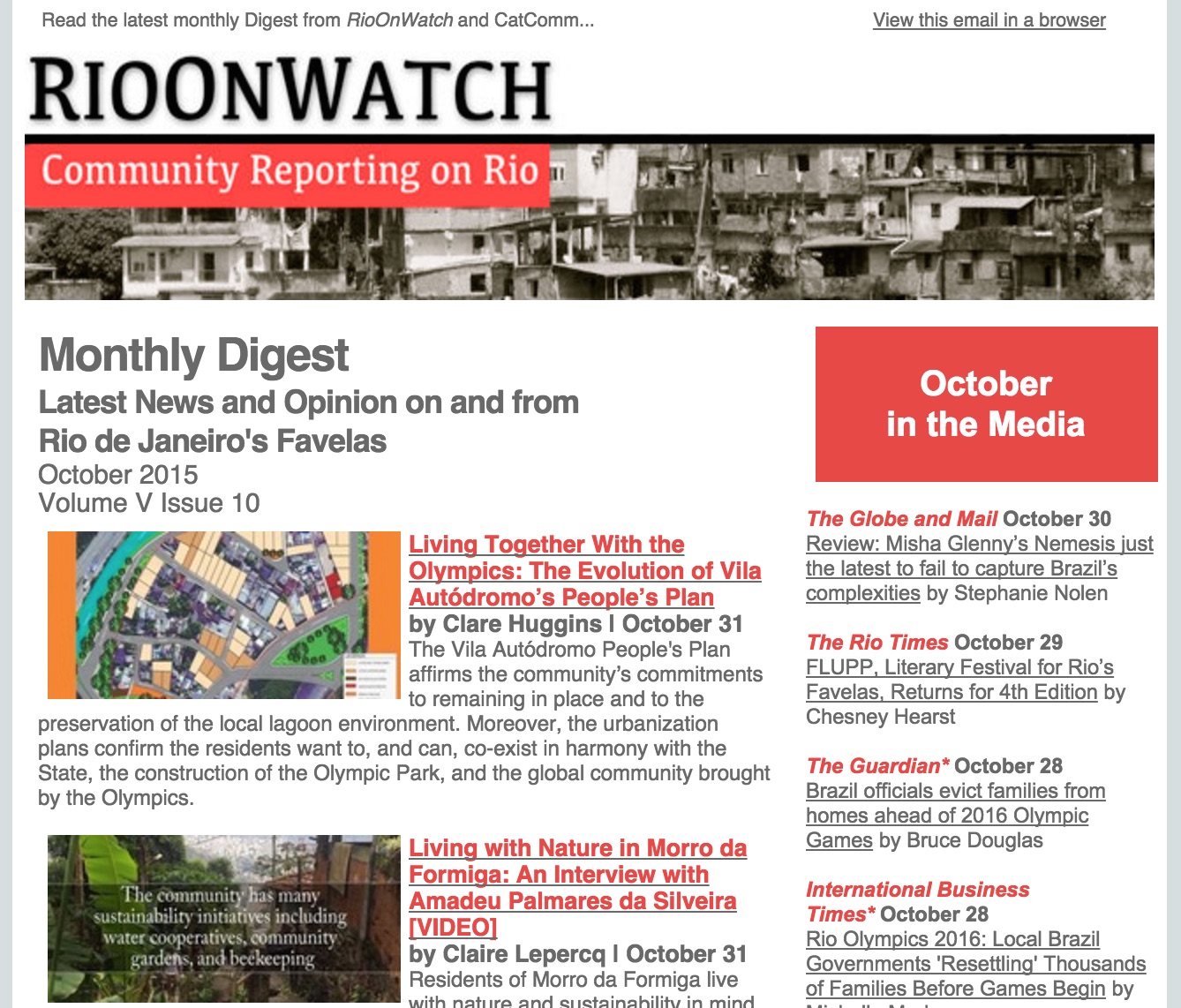 October: Segregation | Raise Your Voice | Designed to Live Together

August: One Year to Go to #Rio2016 | Best/Worst Media | Participation 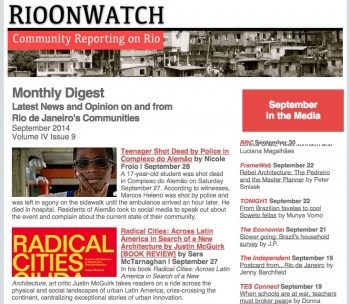 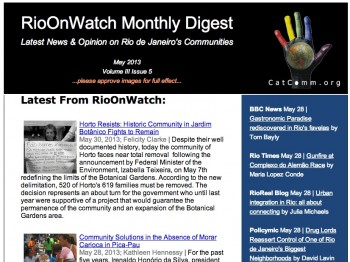 January: Business, tourism & gentrification in the favela, all about the laje +++