When people think of a “favela,” what comes to mind?  From 2011-2013, Catalytic Communities organized an international Favela Perceptions Survey, where people in major metropolitan areas around the world are interviewed near mass transit stops regarding their views of Rio’s favela neighborhoods. Building on a small sample in 2011 and the 2012 pilot study, in April and May of 2013, CatComm volunteers surveyed over 750 people in four cities–Rio de Janeiro, San Francisco, Brisbane, and London—to discover how ordinary people perceive favela communities and their residents.  Across all four locations, one finding in particular stood out loud and clear: those who had visited a favela personally held dramatically more positive views of favelas than otherwise, and the results are statistically significant (p value < .002). 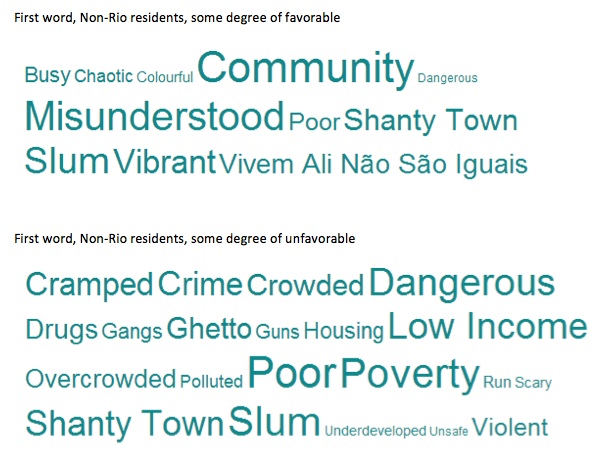 The 2013 results discussed above corroborated the findings of the 2012 Favela Perceptions Survey, in which over 300 North Americans and 325 Brazilians were interviewed. Results indicate at least one consistent finding: the more people acquire first-hand knowledge of favelas—either from visiting one themselves, or by reading news produced by favela residents—the more perceptions of favela neighborhoods change for the better.

Non-Rio residents with a favorable impression of favelas respond: 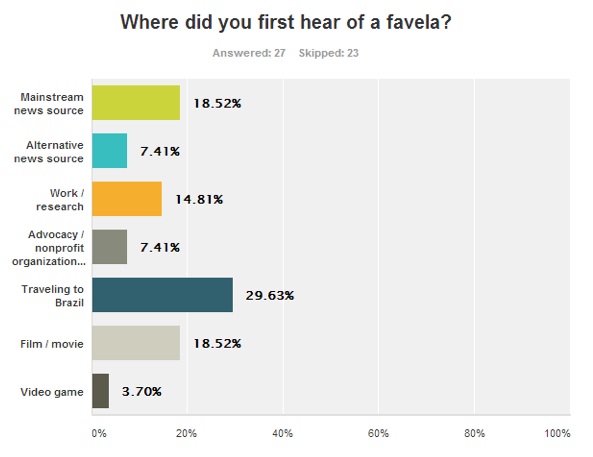 Non-Rio residents with an unfavorable impression of favelas respond: 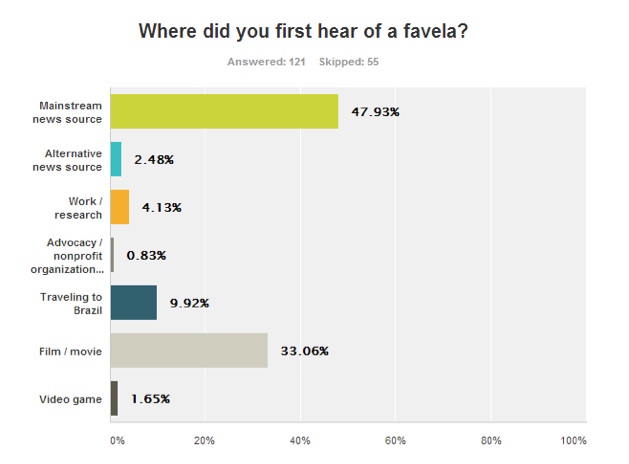