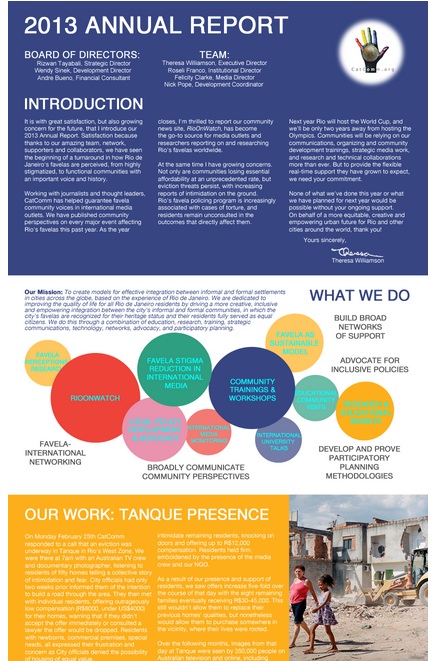 December 31, 2013 — As 2013 draws to a close, please check out our 2013 Annual Report that summarizes our work and successes in 2013, then take a more detailed look at the specific projects we committed ourselves to this year, below.

Please also consider pledging a monthly contribution to CatComm. If everyone reading this became a monthly supporter, even at just a dollar each month, we could double our work in 2014, when Rio’s communities need us more than ever. In fact, guaranteed support is even more valuable than the dollar amount of that support, because it allows us to plan more effectively while also respond as needed on the ground. We would also love your input on our progress.

Here are the highlights from 2013: 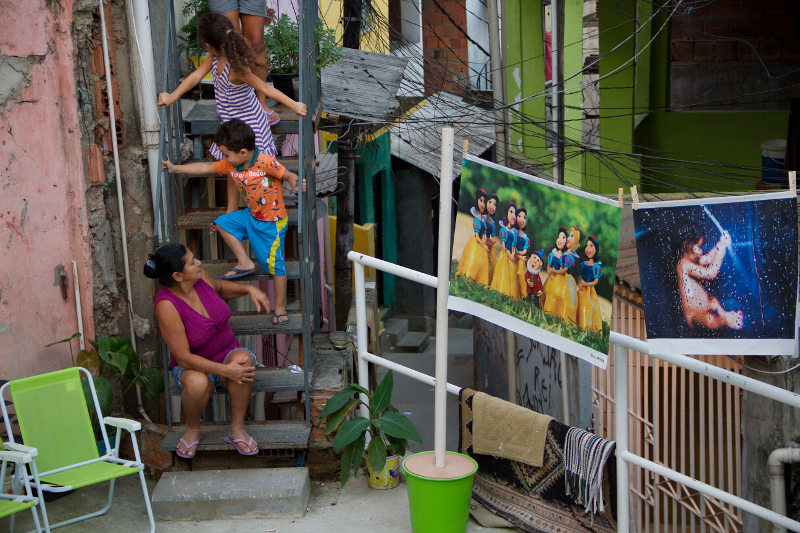 In continuing to apply our multi-year 4-Prong Strategy of (1) Strategic training and networking favela activists with broad networks of support, (2) Broadly communicating the issues and values of the favela based on community perspectives, (3) Developing and proving the value of participatory planning methodologies; and (4) Advocating on behalf of inclusive, integrative and participatory policies; with your continued support in 2014 CatComm will: