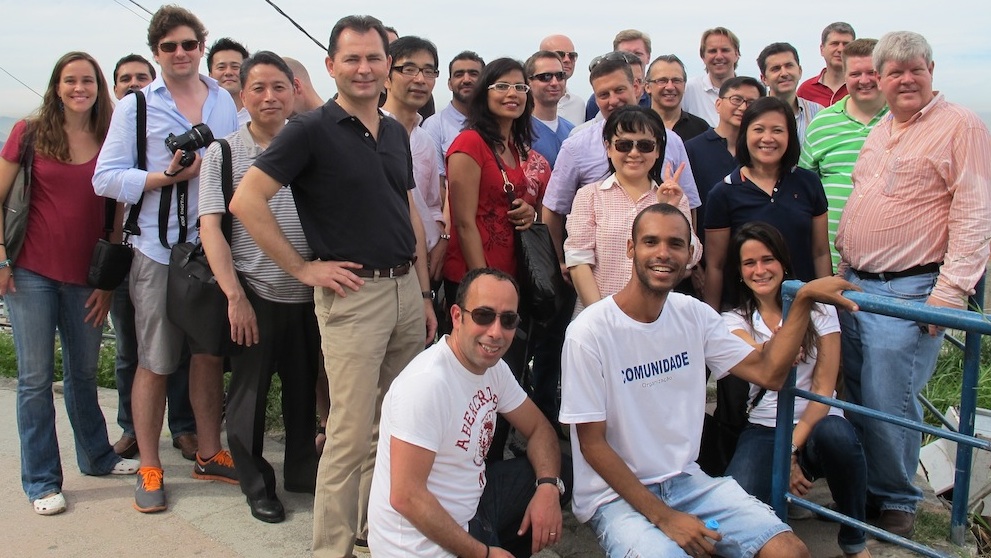 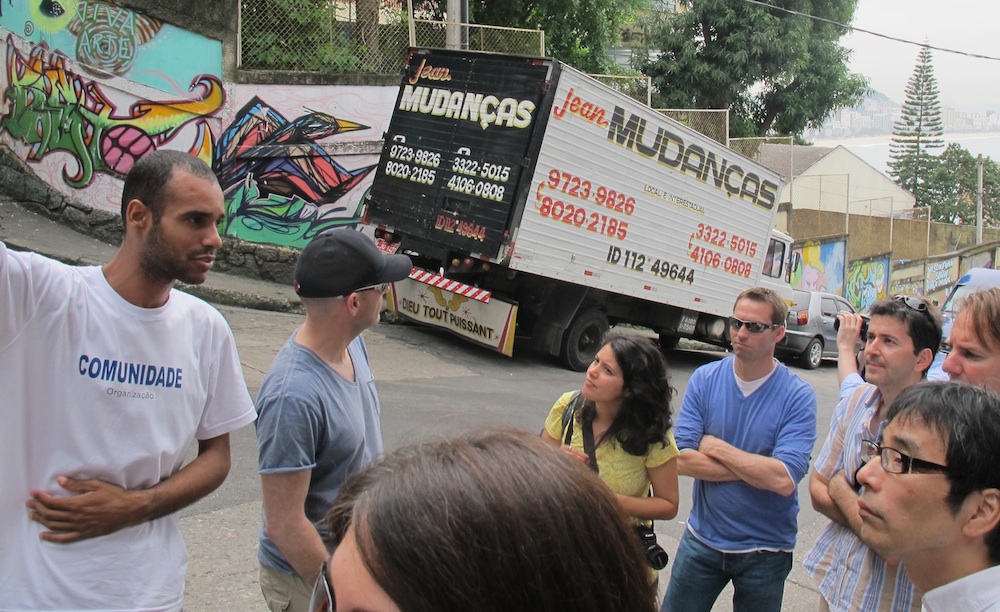 May 29, 2013–A group of 28 corporate executives from 14 countries, on a 1-week study trip during their course at Switzerland’s Institute for Management Development executive training program spent the day immersing themselves in a very different side of Rio de Janeiro than what they’d witnessed over the previous week meeting with local investment companies and corporations. IMD contacted CatComm to organize an Educational Community Visit on behalf of their group, for them to be exposed to a different perspective on the city through favela residents’ eyes. We then contacted and worked with a photographer and guide, Felipe Paiva, to plan a daylong visit to his community of Vidigal, a favela located in Rio’s South Zone, well-known for its location and beautiful views on the hilltop above Leblon, one of Rio’s best-known beach neighborhoods.

The group began the day-long visit at the square at the base of Vidigal with Theresa Williamson, city planner and Executive Director of CatComm, presenting on the origins and history of the city’s favelas more generally, and their role in the city today, as well as the organization’s history working with these communities. Felipe then presented on the foundation of Vidigal, and the community’s particular story of growth and expansion.

Felipe then led the group up the main road that winds through the community, pointing out local businesses, the various utilities making their way into homes, Residents’ Association, cultural hang-outs, new hotels, incredible views…it was quickly clear to visitors that this community was far more developed than they had previously imagined. One participant later commented, “The only way to understand how these communities work is to see them firsthand through a hands-on tour like this.” The executives of companies ranging from Nesté to Panasonic were interested to learn about the increasing value of real estate in Vidigal, and related evictions threats in a quiet residential area where they were able to hear a local leader discuss how they mobilized, resisted, and won the right to stay. After visiting the community’s best-known look-out point, participants headed down, but this time taking steps and narrow alleys more traditionally associated with favela-style development.

After a ‘kilo lunch’ at a community restaurant, the group assembled at the Residents’ Association where they had the opportunity to meet and hear from representatives from 6 of Vidigal’s local NGOs. These included the Vidigal Residents’ Association, ‘All in the Fight’ Institute, Women of Action and Reaction, VDG TV, Recycle Lives, and Ser Alzira de Alleluia. During the Q&A IMD’s executives and Vidigal organizers discussed various issues including women’s empowerment, responsible tourism, the future of community-based and -oriented cultural attractions, and sports programs in the community. 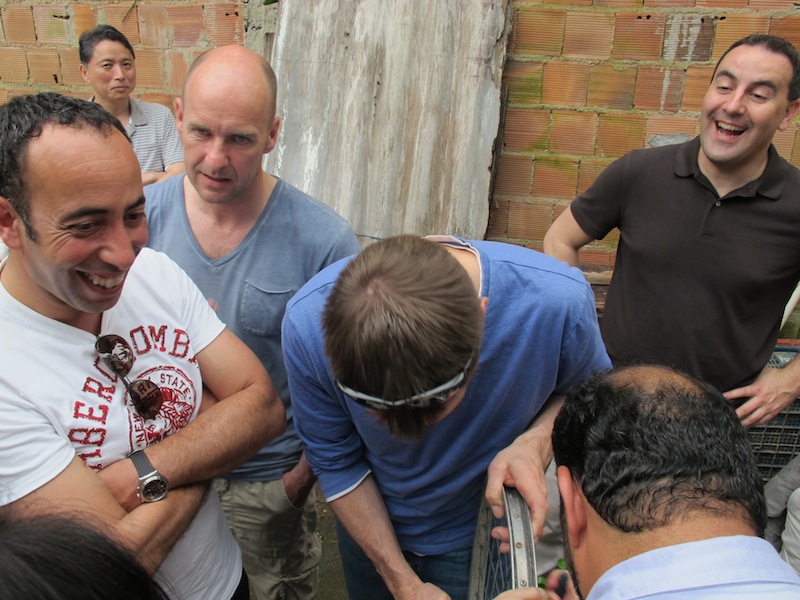 Following lunch, at IMD’s request, CatComm and Felipe organized a hand-on activity that would allow the group to leave a lasting contribution to the community. A two-hour workshop was held in Vidigal’s incredible ecological park, Sitiê, where less than a decade ago a small group of neighbors began to clean up a dump near their homes, taking out 10 tons of waste and slowly transforming the site into a quiet, lush and vibrant urban oasis. Sitiê founders Mauro and Manoel put IMD executives to work planting trees and building tables from recycled materials. The energy of the event was palpable. The day ended with the incredible feeling of increased awareness and connection that results when people drop their fears and venture beyond their traditional boundaries–for all those involved.