Fifty years ago, African-American activists in Albany, Georgia extended their political fight for civil rights into the economic realm by creating New Communities Inc. They had come to believe that owning land was essential to securing greater independence for their people. But landownership was out-of-reach for most African-Americans in the Deep South of the 1960s and too easily lost if they did acquire a small farm, a plot of land, or a house in town. The visionary founders of New Communities concluded, therefore, that community ownership would be a more secure form of tenure. Community-owned land could be combined, moreover, with the individual ownership of newly built houses, offering low-income people an opportunity to become homeowners. Community-owned land could also provide a platform for the cooperative organization of various enterprises, offering low-income people a chance for economic prosperity.

This ingenious hybrid, blending multiple owners and uses under the watchful eye of a community-controlled, nonprofit organization, was the prototype for what eventually became, after some fine-tuning in subsequent years, the “community land trust” (CLT).

There are now over 260 CLTs in the United States and over 300 in England and Wales. Others have been established in Australia, Belgium, Canada, and France. Interest has also been rising in Germany, Ireland, Italy, the Netherlands, Portugal, Scotland, and Spain. More recently, the seeds for new CLTs have been scattering across the Global South as well, inspired by a high-profile CLT in Puerto Rico that is securing the homes of hundreds of families residing in informal settlements in San Juan. This has attracted the attention of communities struggling with land and housing insecurity throughout Latin America and the Caribbean, ranging from the urban residents of Brazil’s favelas to indigenous peoples in rural regions where their customary, collective use of homesteads, forests, and watersheds is often unprotected by formal title. Activists in Africa and South Asia have also taken note, weighing whether a CLT might promote equitable and sustainable development in their own communities.

On Common Ground: International Perspectives on the Community Land Trust explores the growth of this worldwide CLT movement. The book’s twenty-six original essays, contributed by forty-two authors from a dozen different countries, cover five general topics: BRIGHT IDEAS survey the conceptual and practical justifications for community-led development on community-owned land; NATIONAL NETWORKS examine the proliferation and cross-pollination of CLTs in the Global North; REGIONAL SEEDBEDS explore the potential for CLT development in the Global South; URBAN APPLICATIONS showcase the success of selected CLTs in London, Brussels, Boston, Burlington, and Denver, a handful of highly productive CLTs that are providing affordable housing, spurring neighborhood revitalization, and securing land for urban agriculture; CRITICAL PERSPECTIVES reflect on the changing environment to which CLTs must adapt if they are to “go to scale,” while remaining accountable to the communities they serve. 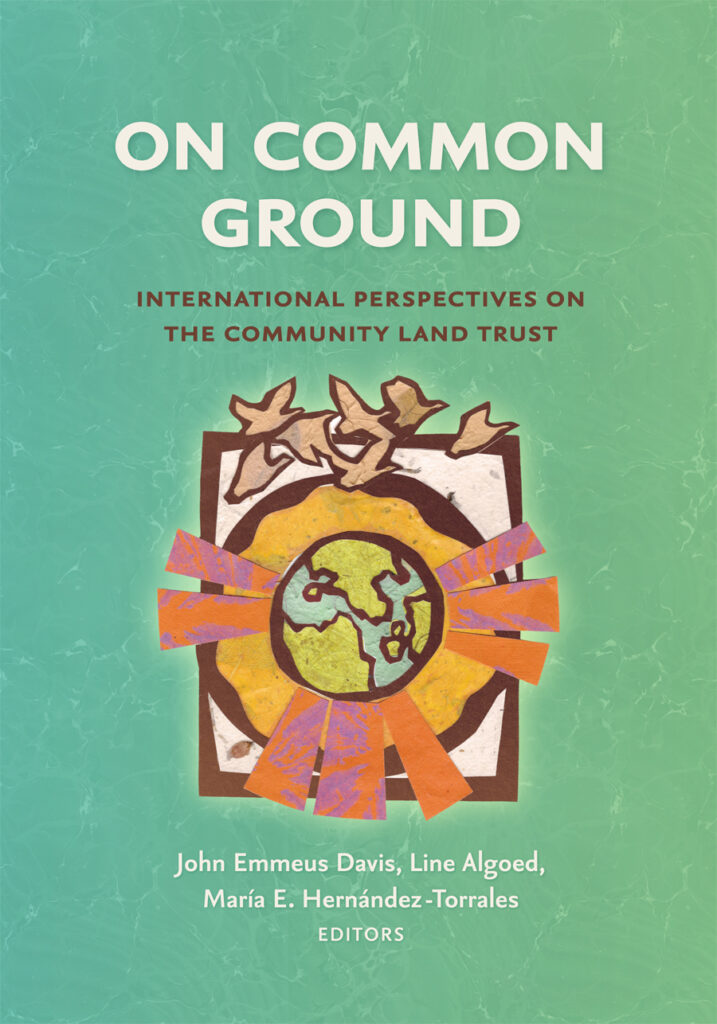