On Tuesday, April 15, a forum focused on water and sanitation was hosted in Morro da Providência with six panelists consisting of community members, technical experts, and NGO representatives discussing the challenges of improving water access and sanitation services in favelas. The forum was attended by fourteen international journalists as part of the International Reporting Project (IRP). Panelists answered journalists’ questions in a debate organized and facilitated by the IRP and Catalytic Communities. 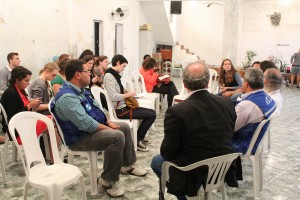 “Sanitation has an issue of visibility,” said Leona Deckelbaum, campaign coordinator of the nonprofit political mobilization organization Meu Rio. “No politician elected for a four year term wants to take on such a huge problem that takes so long to address.” Deckelbaum said it is much easier for a politician to take credit for a transportation project, such as the cable cars in Complexo do Alemão and Morro da Providência. The cable car in Complexo do Alemão opened in June 2011, while the one in Providência remains to be inaugurated, despite its completion more than a year ago.

In Rio’s largest favela of Rocinha, community residents are resisting the city government’s initiative to construct a cable car, emphasizing the urgent priority of basic sanitation services over the proposed transportation. According to José Martins de Oliveira, a longtime resident speaking at the debate, Rocinha received the Growth Acceleration Program (PAC) in 2006 to upgrade the community’s infrastructure, with participatory meetings initially carried out, but only 65% of the projects were carried out. 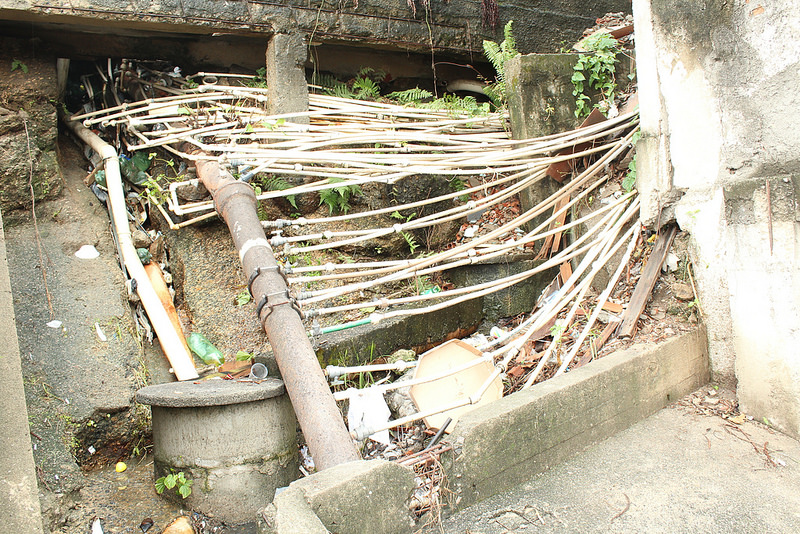 President Dilma Rouseff visited Rocinha last year and announced the second phase of the PAC investments, would be realized in the form of a cable car. Oliveira said the community organization Rocinha Sem Fronteiras (Rocinha Without Borders) was instrumental in presenting residents’ overwhelming preference for PAC-2 financing and funds from the original PAC, totaling R$1.6 billion, to be invested in a basic sanitation network rather than the cable car.

The base of Rocinha received sewerage services in the 1970s, but the remaining 90% of the favela still does not and experiences sporadic water shortages as a result. Residents at the base pay a subsidized monthly rate of R$9.70 per household and R$97.00 for businesses. Pedro da Luz Moreira, president of Rio de Janeiro chapter of the Institute of Brazilian Architects (IAB-RJ), commented that data from the Municipal Health Secretariat shows Rocinha has the some of the highest rates of tuberculosis in the state of Rio. 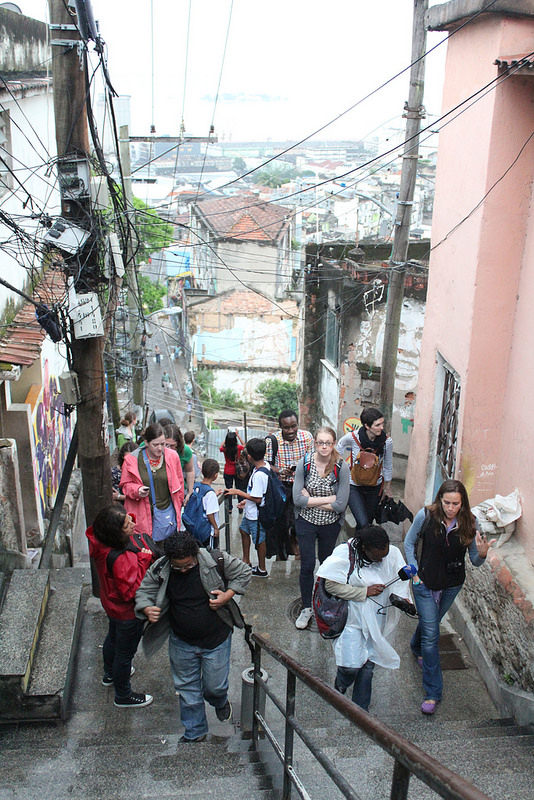 Deckelbaum pointed to another challenge with water and sanitations services in Rio: “CEDAE is the only state-run company that is unregulated.” In 2000, Rio Mayor Cesar Maia withdrew all restrictions and oversight on the utility company. As a result, 60% of Rio pays for sanitation services that it does not receive and a majority of the city’s untreated sewage is dumped into the rivers and oceans.

Nearly all of Rio’s bodies of water are now highly polluted, with the Guanabara Bay containing fecal matter 75 to 90 times the international limits, said Deckelbaum. Meu Rio started a “Sanitation Summer” campaign to raise visibility for this issue, and after three months of weekly demonstrations around the city and the collection of 12,000 signatures, CEDAE’s president Wagner Victer declared the company would come under regulation by 2015.

After the debate, Catalytic Communities’ Theresa Williamson and Providência photographer and leader Mauricio Hora took the journalists on a tour of Providência examining the favela’s 117 year history and current water infrastructure. Hora said the favela’s proximity to the Porto Maravilha port revitalization project puts it in a “complicated situation.” Though upgrades were planned in the community as part of the halted Morar Carioca program, the port redevelopment is largely seen as excluding the community. With the cable car and Morar Carioca, a third of the community was marked for eviction. Removals are currently suspended by a court injunction, but residents remain wary. 90% of residents do not pay for water; Hora showed the journalists the system of haphazard pipes providing many households access from the main supply. Collectively organized, each pipe serves 20-30 households.