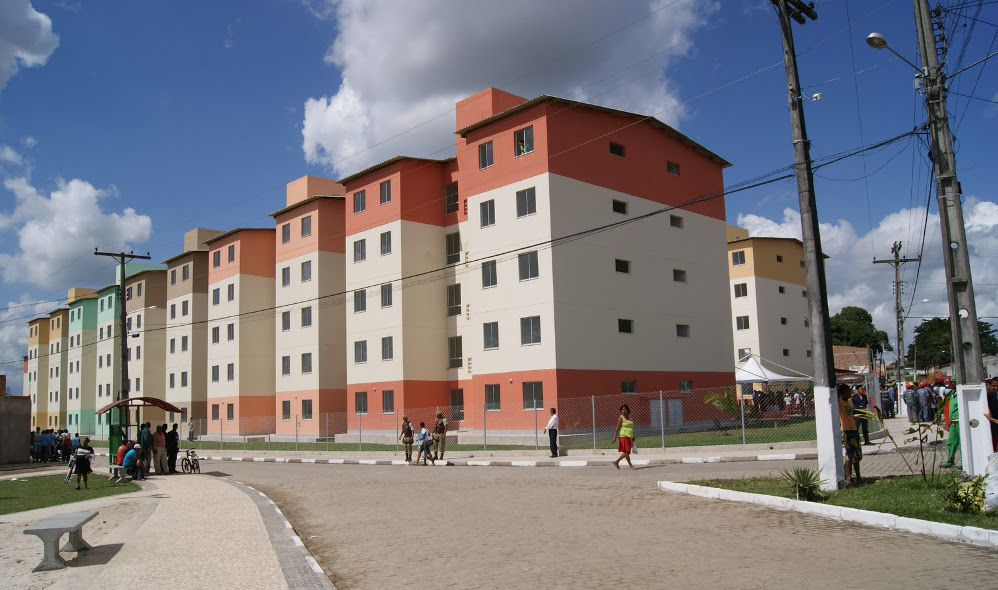 Public housing construction and financing program instituted with Federal law 11.977 of 2009, with a national budget R$72 billion. In addition, Federal law 11.888 mandates the right for families earning up to three minimum wage salaries the right to free technical assistance on their homes.

Minha Casa, Minha Vida has pledged to construct 96,000 units in Rio, where the housing deficit was estimated at 220,000 units in 2011. The population of favelas in Rio grew 27% between 2000 and 2010; the population of the formal city grew much less. In addition to building new units, Minha Casa, Minha Vida legislation describes, at length, the process of regularizing favelas as a possible solution to fulfill the social purpose of land for housing. Some of the money for MCMV housing units comes from the PAC. A small portion of the Minha Casa, Minha Vida budget, called Minha Casa Minha Vida Entidades, gives funding to community organizations who have presented their own plans for construction.

It is notable that the majority of new Minha Casa, Minha Vida housing is located in AP5 in Rio’s West Zone, a place that Antionio Veríssimo of Rio’s housing authority in the past has called “devoid of work opportunities, and you would create ghettoes of poverty.” In Rio, militias have taken over some completed projects, evicting residents. Recently constructed units face additional issues of construction quality; flooding occurred in early 2013.