December 2016—Catalytic Communities’ longitudinal study on international media portrayals of Rio’s favelas ahead of the 2016 Olympics was launched and presented at Casa Pública in Rio de Janeiro on Thursday, December 15. Watch TV coverage of the event in Portuguese. 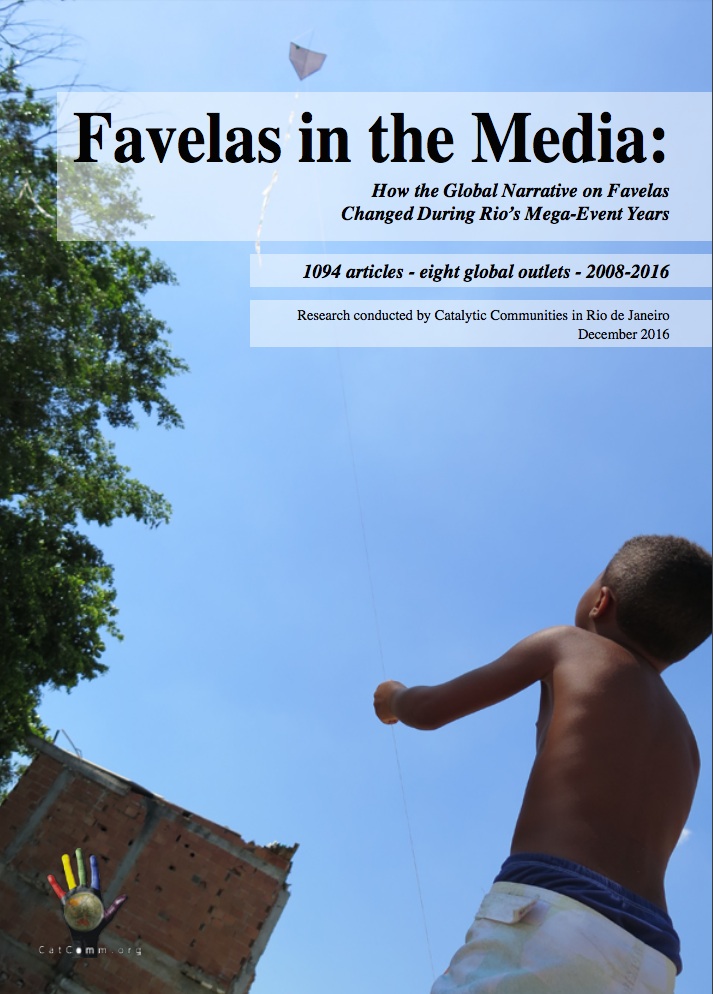 The report, titled “Favelas in the Media: How the Global Narrative on Favelas Changed During Rio’s Mega-Event Years, 2008-2016” studies how eight mainstream English-language news outlets reported on Rio’s favelas from October 2008—one year before the Olympics were awarded to Rio—through the Olympic month of August 2016. We analyzed all 1,094 articles that mentioned favelas during this period from The New York Times, The Wall Street Journal, USA Today, The Guardian, The Daily Mail, The Telegraph, Associated Press, and Al Jazeera. A preliminary version of this report was published in 2015. The final complete report was launched on Thursday, December 15, from 6-9pm at Casa Pública (Rua Dona Mariana 81, Botafogo, Rio de Janeiro), a widely respected hub for investigative journalism in Rio de Janeiro.

On the panel at the Thursday launch will be CatComm’s Theresa Williamson to present the results, with media activist Raull Santiago from Complexo do Alemão’s Coletivo Papo Reto; community journalist Michel Silva from Rocinha’s Fala Roça newspaper and contributor to The Guardian; community organizer Sandra Maria from Vila Autódromo; Washington Post correspondent Dom Phillips; and favela media-activism researcher Leonardo Custódio. All will offer their take on the role of the international media in covering Rio’s favelas in the years leading up to the Olympic Games.

Unsurprisingly, due to the unique global media spotlight created by the mega-events, Rio’s historically stigmatized favelas received unprecedented levels of attention during this period. Our results find that although mainstream coverage of favelas has grown dramatically and continues to forefront negative aspects of favelas, the increased diversity and number of articles exploring these communities has provided greater platforms for resident voices and positive stories.

For CatComm research coordinator in charge of the study, Cerianne Robertson, this growth and wider diversity of articles on favelas can make a huge difference:

“It’s not the case that heavily stigmatizing reporting has gone away or even clearly diminished during this period. Articles from 2016 still included some wildly inaccurate portrayals that made favelas out to be nothing but terror and hopelessness. But with so much more media demand for stories on favelas as we built towards August 2016, we saw more favelas covered, more favela residents interviewed, and overall more space for different images of favelas as communities and hubs of culture and social change, rather than just sites of violence.” 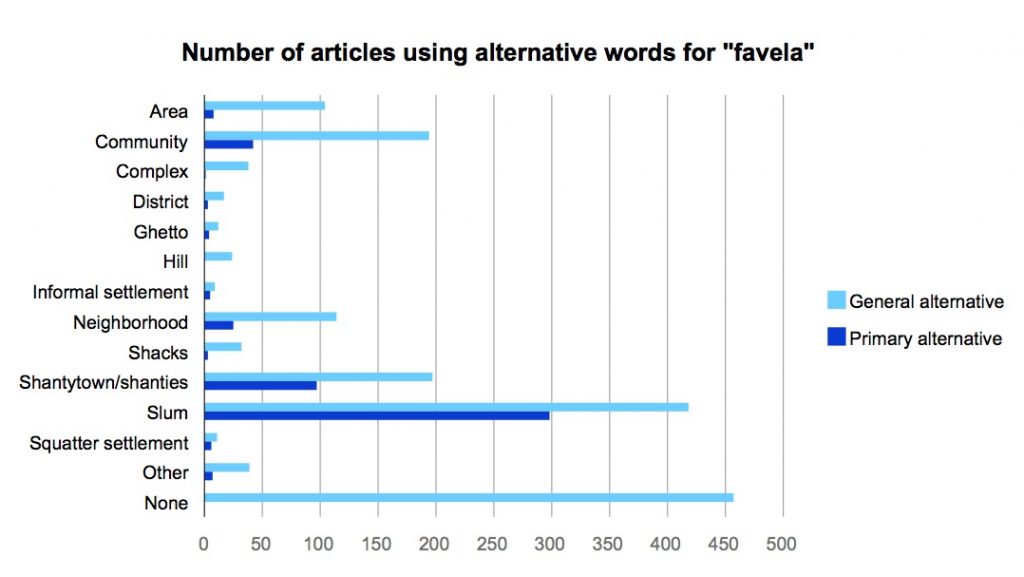 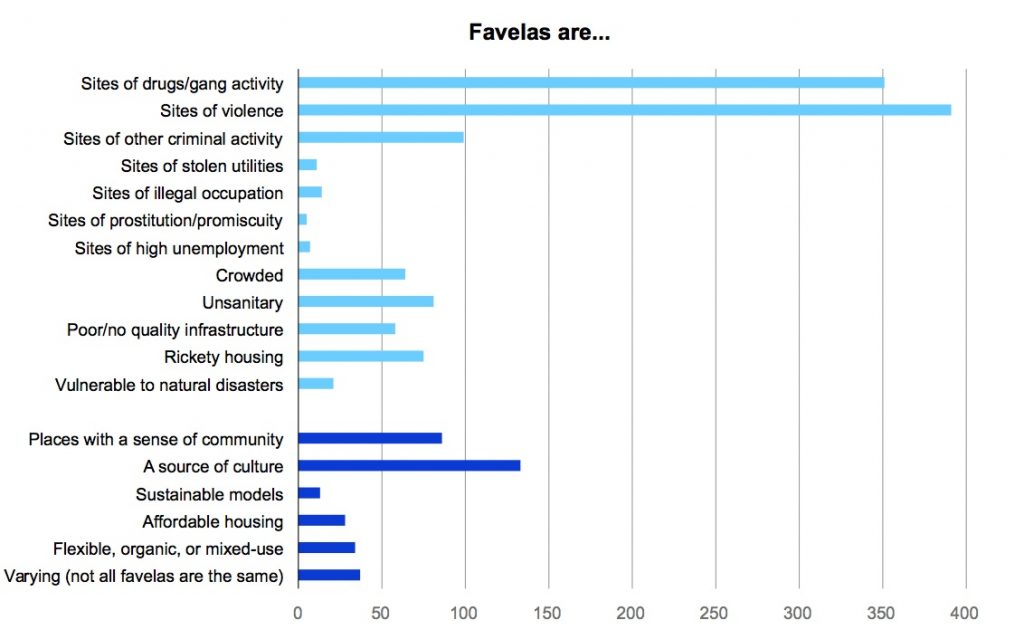 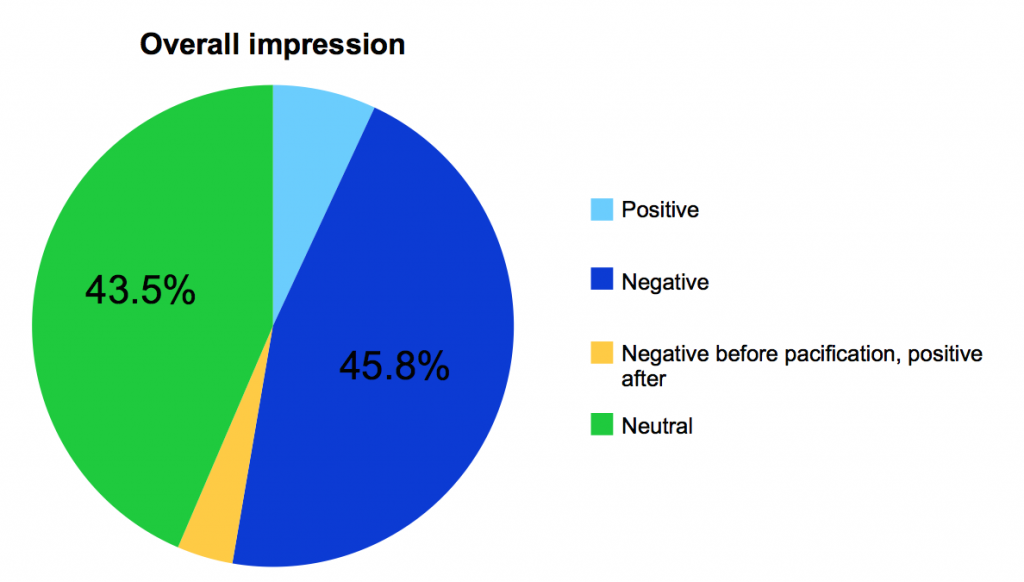 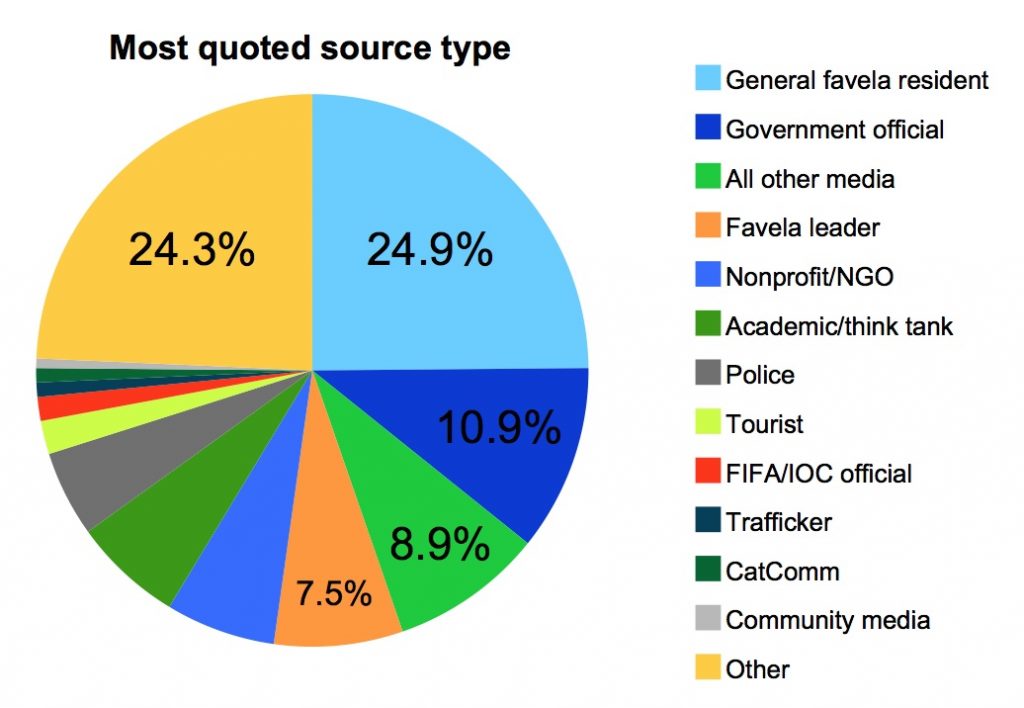 Favela journalism as a model? 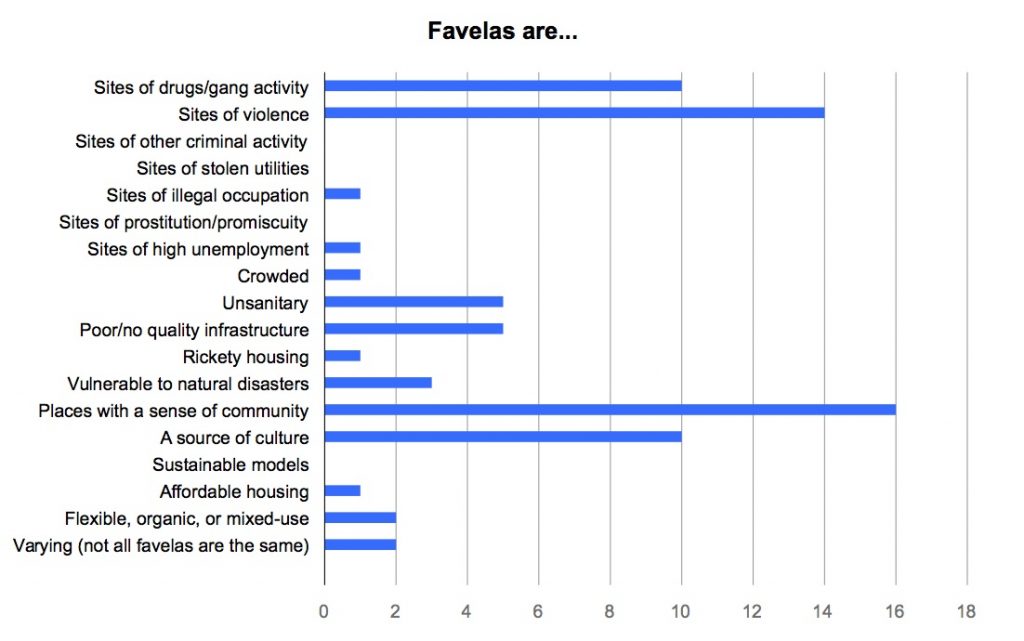 Want us to keep it up? Please take a moment to make your 2016 year-end contribution to CatComm today or set up a monthly contribution to support us in 2017 by clicking here.