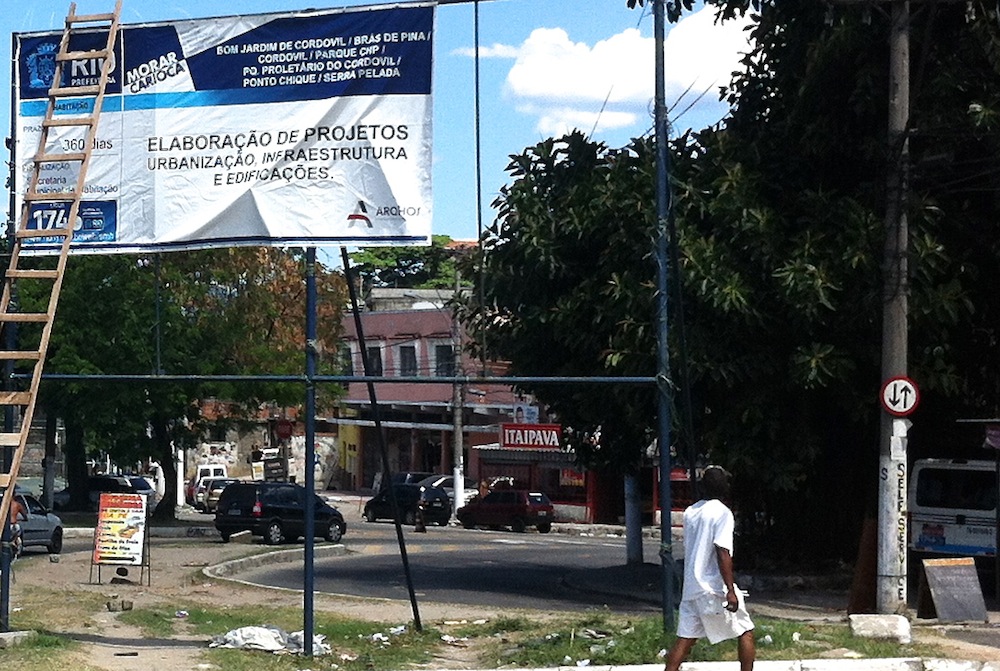 City program established in 2010 run by the Rio de Janeiro Municipal Housing Secretariat to “upgrade all favelas in Rio by 2020,” building on historical knowledge through the Favela-Bairro program of the 1990s-2000s.

City Decree 36388 of October 27, 2012 officially instituted the municipal Morar Carioca favela upgrading program, two years after its original announcement by Mayor Eduardo Paes, “considering the fact that the historical absence of housing policy caused informal and self-constructed housing to be the alternative through which the most low-income population attended to their needs,” further citing recommendations for favela upgrading in the Masterplan and Municipal Organic Law.  In December 2010, the Inter-American Development Bank (IDB) approved a US$150 million loan to the city of Rio for the project.

Morar Carioca has been described consistently by the municipal government as an Olympic Legacy project – that is, part of the social benefit of the monetary investment of the city due to the upcoming Olympics – and as the plan to provide complete infrastructures upgrades for all of the favelas in Rio by the year 2020. In November 2010, Mayor Paes named a R$9 billion budget for the project with funds coming from the IDB, the city, and the federal government. While the program is an extension of the relatively successful former Favela-Bairro program, it is also considered to be the first of its kind due to its scope and the explicit requirement for resident consultation and participation in the upgrades. Its charter guarantees the right to “the participation of organized society…in all stages of Morar Carioca through assemblies and meetings in the communities” and through the “presentation of works and debates open to the participation of civil society and citizens.” It featurs a significant partnership with the Brazilian Institute of Architects in selecting firms to design the upgrades. Also written in the charter, for the first time, are procedures for favela removals: a “right” of Morar Carioca is “the elimination of risk areas with resettlement of residents.”

Of the 815 favelas listed by the city to receive Morar Carioca upgrades, the first 219 were organized into forty “groups,” for which forty architecture firms were chosen in a 2010 design competition. When finally implemented in 2012, in the first nine of these groups, the city contracted the “active citizenship” nonprofit iBase to conduct comprehensive surveys and focus groups about current use of space and resident desires for their communities. In early 2013, iBase’s contract was terminated before many of the survey results were discussed with communities, and, in the end, upgrades were not conducted in any of these 219 favelas. The program has now been deemed essentially abandoned. Mayor Eduardo Paes has cited a lack of financial resources as the reason why the program has stalled. However, many are blaming a shift in political agendas. Still others point to the program’s implementation only in 2012–an election year–and its abandonment shortly thereafter, suggesting the Mayor never intended to implement the program and it served electioneering ends.

In the meantime, fourteen favelas have received investments since 2009 in a process the mayor has called “Morar Carioca” but which does not include its participatory element. In some cases, favelas told they would receive upgrades have later heard they would be removed instead. In Providência, Morar Carioca construction work is stalled due to a court ruling that the planning for the construction did not include the required public audience.  Thousands of families across the city have been evicted due to what have been labeled ‘Morar Carioca’ works in their communities. Yet the Morar Carioca process has not been followed in any of them.

For up-to-date information we recommend following the Morar Carioca tag on RioOnWatch.