November 1, 2016–Now that the Olympics are over we have the chance to reflect and take stock of all Catalytic Communities and RioOnWatch have been able to accomplish this year with the help of hundreds of donors and thousands of collaborators–you! So first of all, thank you! We hope you enjoy reading about all we’ve achieved together this year, and our exciting plans for the future. And please consider joining our crew of monthly donors who together will guarantee our work continues to grow and strategically support Rio’s favela communities in 2017 and beyond. 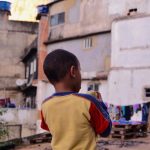 Despite all the years of preparation, and knowing it would be tremendous, we still could never have imagined the sheer volume and quality of attention our work would generate during the Olympic Games:

All of this led to our model being recognized in the lovely piece “The Tiny NGO That Changed Reporting on Rio’s Favelas During the Olympics” out in The Development Set. As well as the chapter, “Transforming Policy Through Discourse Intervention: RioOnWatch, favelas, and the 2016 Olympic Games” in a forthcoming book from authors at the University of Brighton. This on top of recent recognition of our work with and opinions on the media recognized by the International Journalists’ Network, and in the Columbia Journalism Review, and being selected as a Webby Award honoree in May and many specific call-outs and recognition of our social media work in Buzzfeed, The Guardian, Huffington Post and beyond. 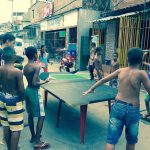 This work has also helped lead to and inform a sense of legacy from the Olympic Games, though not the purported legacies of the IOC and Rio city government. CatComm Executive Director Theresa Williamson wrote about this recently in “Rio’s real vs. unmet Olympic legacies: what they tell us about the future of cities?” published in openDemocracy on the Olympics opening day. This article represents the short version of Williamson’s chapter in the recent book Occupy All Streets: Olympic Urbanism and Contested Futures in Rio de Janeiro. And our work has led us to be invited to contribute articles and chapters reflecting on Rio, informality, favelas and our impact, to several other upcoming academic volumes.

Exciting to watch now, with the municipal elections taking place, there is reason to believe that the global spotlight CatComm strategically nourished on Rio’s favelas has contributed to a fundamental shift in the way communities are being treated by politicians at home in Rio.

And these are just some of the impacts CatComm has had most recently, not, for example, reflecting on our role in Vila Autódromo’s final months of resistance this year, our role in clarifying Brazil’s impeachment for international audiences, opining about Rio’s Olympics-readiness, fostering understanding of the value of informality and Rio’s favelas, virtually debating with Rio’s mayor head-on, or the important research we’ve done in recent times on a range of fundamental subjects like Brazil’s regressive tax code, its political party structure, educational system, solidarity economy, and housing policy. 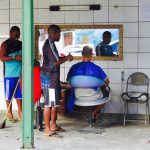 We attribute much of this success and impact to careful preparation, over years, and the incremental and steady consolidation of a flexible but targeted organizational model, which is also now a subject of study. But ultimately that model is built on you–every single person that together form a network, joined in a common vision of Rio’s favelas’ history and resilience as reflective of the need for a new approach to community and international development. Our success is made up of all the individuals who may individually not recognize their critical role in all the accomplishments listed above, but that have come to together to collaborate with, donate to, and cheer on Catalytic Communities and RioOnWatch over the years.

This brings us to where we are now.

Prior to the Olympics CatComm announced that in response to requests from favela organizers and leaders, community journalists, and a widespread network of reporters, researchers and development practitioners from around the world, we now aim to keep RioOnWatch active past the Olympic Games. In fact, this September and October we continued with our heavy publication schedule, publishing 71 and 63 articles (English and Portuguese) and informing Rio’s mayoral debate and much-needed public discussion of accessibility in Rio’s favelas during the Paralympics. 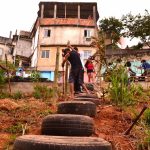 CatComm has everything in place to continue building on the amazing momentum we gained through the work that proved our potential–and impact–in the lead-up to and during the Games. We are finalizing our 8-year Favelas in the Media Analysis of international reporting on favelas which will be launched this month at Brazil’s second annual National Favela Upgrading Academic Conference. We have a team ready to create a RioOnWatch Replication Manual, which organizations and community organizers around the world have been clamoring for, which will spell out all the strategic and practical elements that went into RioOnWatch‘s success such that groups worldwide can produce their own transformative communications strategies. We have growing interest from Rio-based students, journalists and favela collaborators to report for RioOnWatch, as well as ongoing interest from talented international contributors coming to Rio. And we are getting ready to partner with cutting edge community innovators from around the world to pilot strategic low-cost solutions to a range of local challenges favela leaders have reached out to us for help with. These will form a web of solutions we can then share with other communities while also providing as examples to municipal policymakers.

Finally, and just as importantly, we have begun the transition whereby over the course of a year RioOnWatch will ‘go green’ moving from its Olympics watchdog focus to becoming a ‘popular urbanism’ portal focused on favelas:

This plan builds on the ‘Favela as a Sustainable Model’ concept CatComm launched in 2012 at the UN Conference on the Environment to focus ‘slum’ debates around asset-based sustainable development of such communities. And we are being asked now, increasingly, to contribute directly to various policy debates in Rio and worldwide. 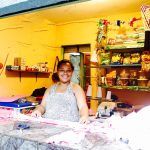 We’re incredibly excited to move forward with these plans. Based on what we’ve accomplished to date, imagine the tremendous impacts we’ll have moving forward in this way! That said, first we must raise the funds. We’ve now streamlined our budget for next year down to $120,000, which will allow a committed team of four, along with our hundreds of network collaborators, to deliver all of the projects mentioned above.

Through extensive research, experience and experimentation over sixteen years, it has become apparent that the most sustainable and cost efficient fundraising strategy for the CatComm model of organization is monthly donations. 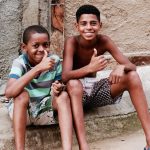 All of these are critical to us doing the best possible work moving forward. And thus we’ve decided to ask our committed supporters–you!–to do the following. The beauty of this approach for you, as the donor, is that our sustainability can be guaranteed with your help without requiring you to donate anything more than you would already. Here are the simple steps we’d like to ask you to follow to guarantee our work continues to prosper:

We are working hard to reach $7000 in monthly donations in 2016, and $10,000 in 2017, which along with public speaking and other opportunities will allow us to provide the full programming listed above under ‘Next Steps.’ Not only that, but a donor has agreed to provide a $10,000 lump sum donation once we reach the initial goal of $7000 monthly donors’, and again at $10,000! Plus, for every $10 you donate throughout the year, your name will be entered once into our Rio Raffle–which will also be held when we reach $7k and then again at $10k–for a trip for two to Rio. So your monthly support not only guarantees we can move forward confidently and efficiently, but will ultimately help bring in $20,000 more in support of Rio’s favelas and get you a number of chances to visit and see our work up close!

That said, if you are still not interested in giving monthly, that is obviously perfectly OK and we would love to see your contribution come in as a one-off or annual donation, which you can also make here. And if you have other ideas of how we can raise these necessary funds, please share them with us.

Thank you for being a part of CatComm’s work supporting Rio’s favelas. Your support has been and continues to be critical and we hope to count on you going forward and sharing in this exciting new phase.