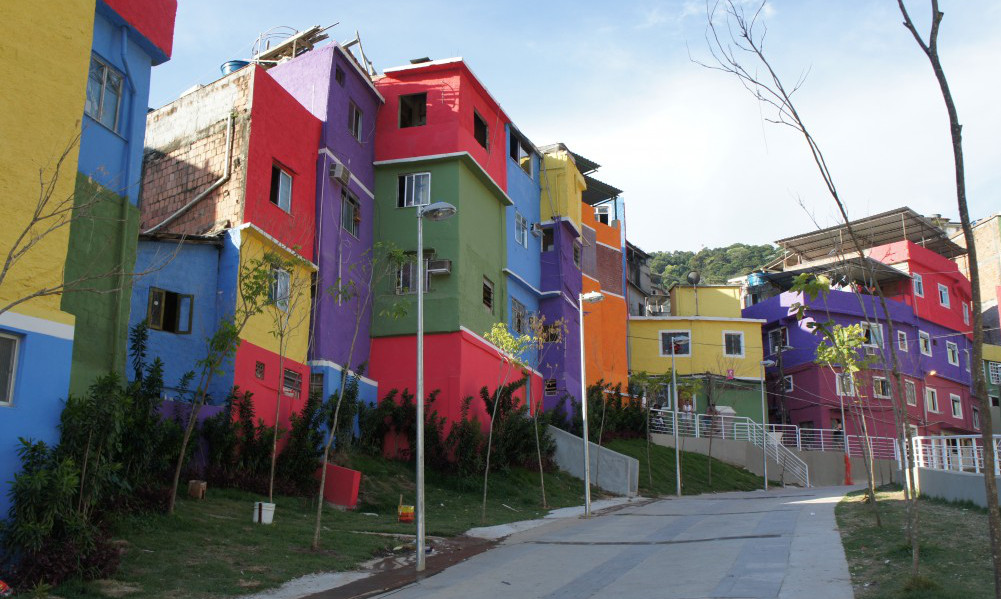 Federal infrastructure investment program announced by President Lula da Silva in 2007 and expanded by President Rousseff in 2011. Nationally, the program’s predicted budget runs around R$ 1.6 trillion between the two phases, with contracts given to both private and public companies. As part of the PAC I, four favelas in Rio received over R$600 million in investments, and as part of PAC II there are upgrades currently underway in over 20 additional favelas in the city.

The PAC has funded improvements in transportation infrastructure, energy production and connectivity, public housing, upgrading of favelas, and light and energy. Assignment of PAC II designs and works fell into the trend of certain architecture firms developing experinece in favela upgrades, and thus being commissioned repeatedly by the government.

The PAC I funded public housing, sports facilities, and an Oscar Niemeyer-designed bridge at the entrance to Rocinha, the elevator entrance and housing units in Cantagalo/Pavão-Pavãozinho, the Complexo de Alemão cable car, and housing, education and sanitation upgrades in Manguinhos; these include the upgrades most commonly criticized for being monumental rather than utilitarian. PAC upgrades have consistently run behind schedule, and in Manguinhos and Rocinha especially, residents still face grave sewage conditions despite supposed PAC solutions to their sewage infrastructure.

For up-to-date information we recommend following the Growth Acceleration Program tag on RioOnWatch.