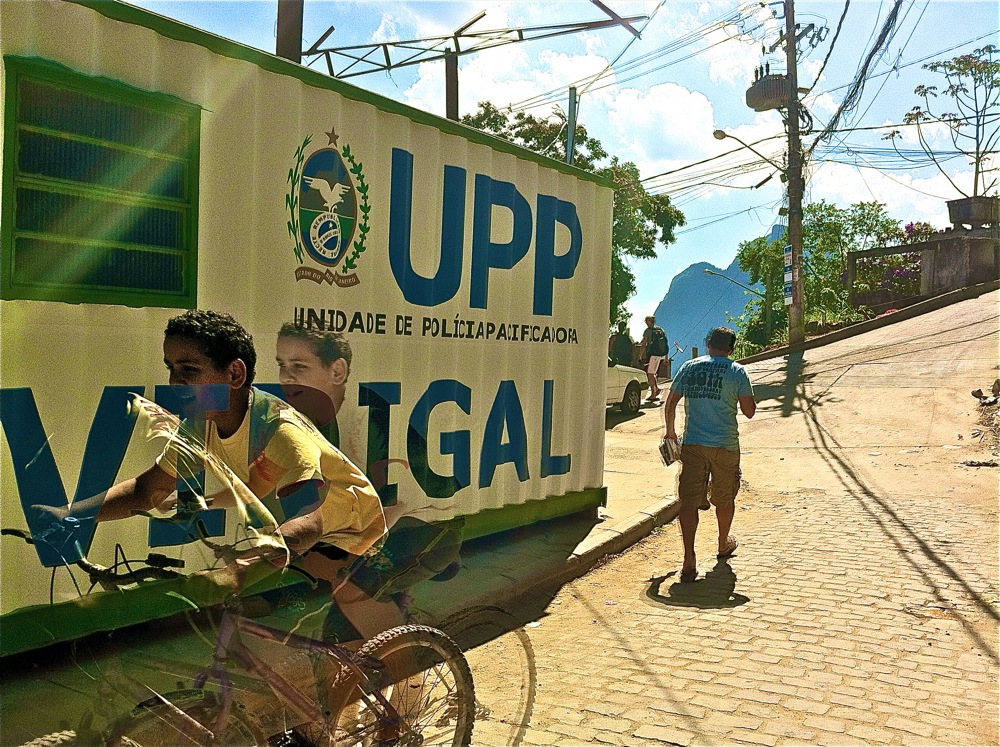 State program established in 2008 by the Rio de Janeiro Public Security Secretariat to introduce “community policing” in favelas across the City of Rio and elsewhere in the state.

Based on the idea of “policing with citizenship” that Rio State Governor Sérgio Cabral and State Secretary of Public Security José Mariano Beltrame heard Colombian sociologist Hugo Acero Velasquez describe on a visit to Bogota in 2007, the Pacifying Police Unit program, or UPP was imagined to be a departure from the police paradigm of only entering favelas to perform search-and-removal operations for drugs and traffickers. It is a 24-hour police unit that maintains a physical base in each favela or group of favelas occupied with the goal of removing visible manifestations of the drug trade and all arms and making the streets safer for residents. More broadly, it has been described as a program for the state to “take back territories” that have long been neglected by public authorities. The UPP represents by far the largest public monetary investment in Rio’s favelas.

As of May 2014, there are 37 UPP units installed in favelas in Rio de Janeiro. Many favela residents experience more mobility thanks to the UPP program, though critics point out that it is targeted at favelas in the wealthier areas of the city and displaces drug traffic and its associated violence toward poorer, more peripheral favelas that see even less public investment. Instances of UPP abuse of force have come to light in the last year. Futhermore, the majority of evaluations of the UPP as a method of achieving urban integration say that its services must include increase in investment in basic infrastructure and social programs, originally the purview of the UPP Social. One of the most widespread results of the pacification-upgrading cycle toward favelas is rising home prices, which prices many residents out toward the periphery of the city.

For our 4-party research series on the History of Rio’s Military Police, leading up to the creation of the UPPs, by Patrick Ashcroft, click here.

For up-to-date information we recommend following the UPP tag on RioOnWatch.

Photo by Julie Ruvolo of RioChromatic.