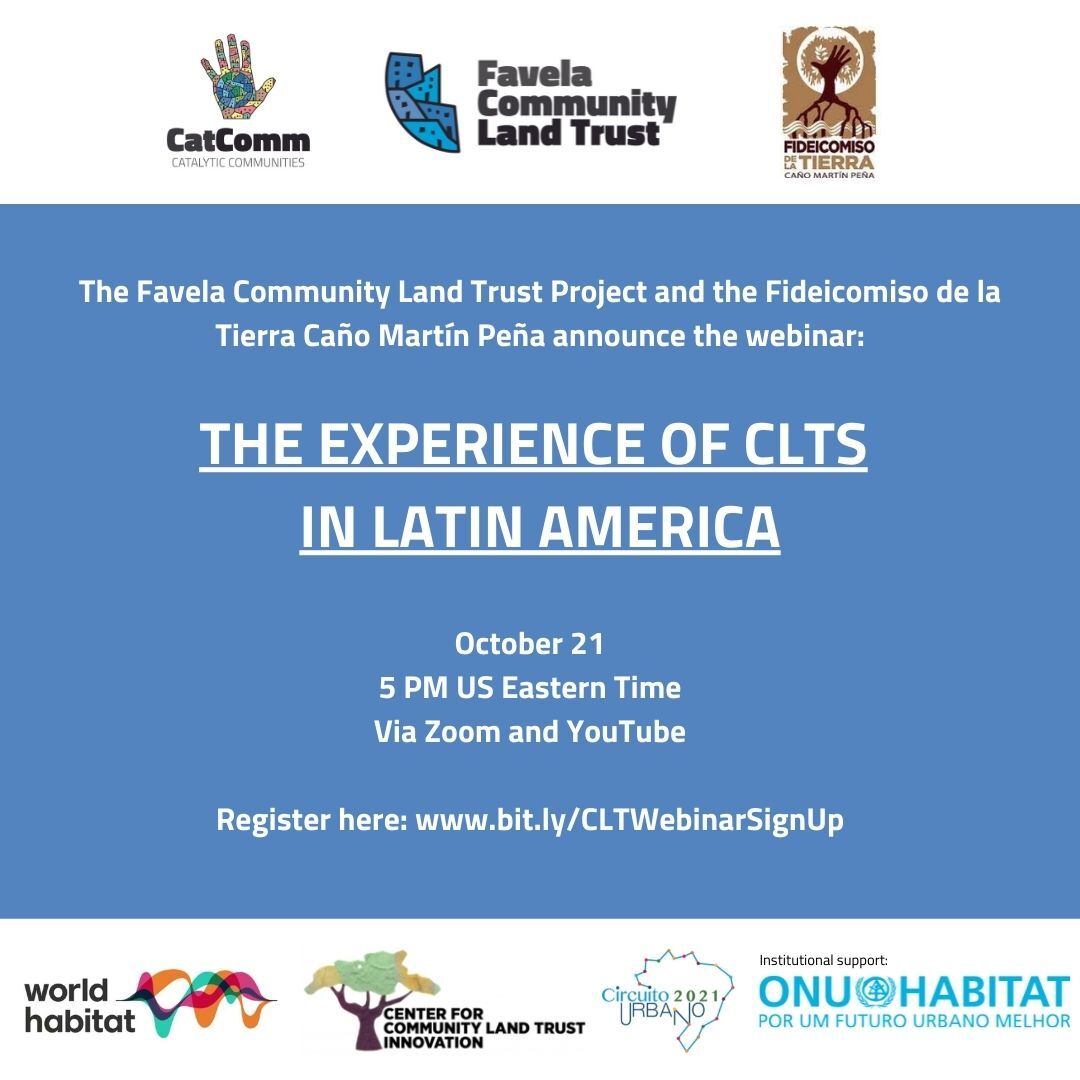 Please join us for the webinar “The Experience of Community Land Trusts in Latin America”, on October 21 at 5pm EST (GMT-4). The event is being organized by Catalytic Communities’ Favela-CLT Project (Rio de Janeiro, Brazil) and the Fideicomiso de la Tierra Caño Martín Peña (San Juan, Puerto Rico), and is supported by World Habitat, UN-Habitat Brazil and the Center for CLT Innovation. It will feature simultaneous translation between Portuguese, Spanish and English.

Thursday’s webinar will share experiences of Favela Community Land Trusts in Latin America, highlighting their challenges and potentials through testimonials from those directly involved with ongoing projects. CLTs are increasingly recognized around the world as a model for ensuring tenure security, sustainability and strengthening vulnerable urban communities, helping guarantee more inclusive and just cities.

The webinar is a part of Urban October 2021 (an annual UN-Habitat initiative to discuss urban issues) and the 1st International CLT Festival. It will be transmitted live on the UN Habitat Brazil YouTube channel in Portuguese.

For simultaneous translation to English or Spanish, make sure you register and join in via Zoom.