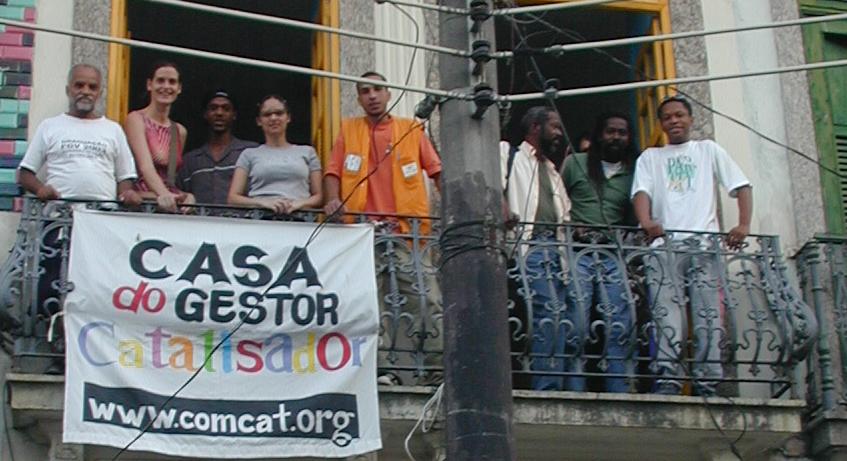 In the early 2000s, the lack of physical meeting spaces and Internet access severely limited the potential impact of local leaders and their ability to share community solutions across Rio de Janeiro’s favelas and other low-income communities. We saw that many community leaders, even those who are well known within their own communities and among their own network, tended to work in isolation relative to community projects elsewhere in the city.

As a result, in early 2003 CatComm launched the Casa Technology Hub, or Casa do Gestor Catalisador, in Rio’s central historic port area.

Over the following years, with no formal publicity, the Casa attracted more than 1050 local leaders from 215 neighborhoods across the city of Rio. An additional 400 professionals and students (including journalists, NGO activists, professors and university students) also shared the space, not to mention community organizers from 7 other Rio municipalities, 23 of Brazil’s 26 states, and 22 nations. Check out this illustrative presentation of how this network worked.

By the Casa’s 5th birthday in February 2008, access to the Internet within Rio’s communities was widespread, and leaders were increasingly familiar with online communities, as well as new opportunities for face-to-face exchanges created by other organizations and a changing urban context. As a result, we felt confident this was the moment to close the Casa and celebrate its success.

This project can be helpful in any urban region, recognizing that having one central hub, rather than many outposts, is what allows for the exchanges and cross-pollination among diverse groups and neighborhoods to occur.

In 2006, UN Habitat recognized CatComm’s Casa as one of 70 “Actionable Ideas” on urban sustainability. Take a trip down memory lane and check out the full 5-year photo archive of the Casa. Or view a sequence of slide shows Casa staff member Rosa Zambrano pulled together years later documenting the Casa in 2003, 2006, 2007-2008, and an all-in-one summary.

Our Aims with the Casa

In this space workshops were organized by community leaders and volunteers that frequented the Casa, with the goal of strengthening one another. The CatComm team assisted community members and volunteers who demonstrated interest in sharing their knowledge to develop and manage the workshops. Workshops were held on a wide variety of topics, including: English, French, Spanish, community radio, digital divide, Nós do Cinema (training favela youth in film-making), Spoken Word (hip hop), and meetings among groups including youth justice initiatives, the Babels, and the Caravan for Peace. 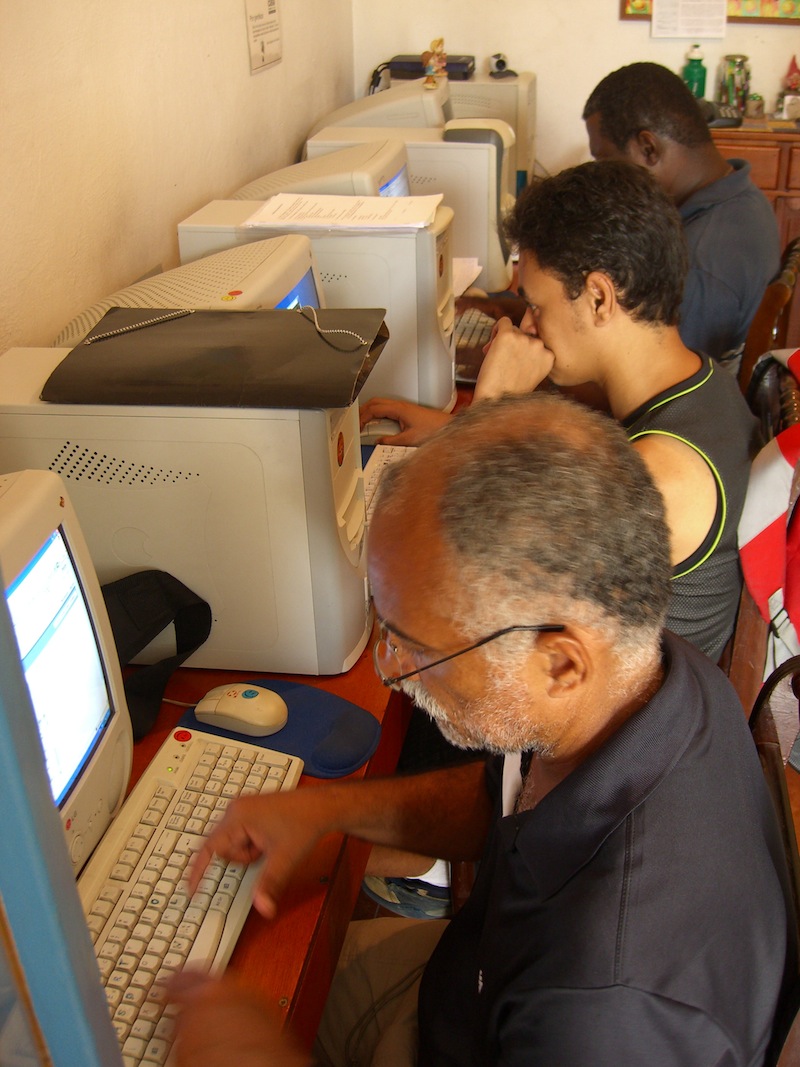 Here community leaders benefitted from Internet access and technical support. The computer lab was used to email funding proposals, maintain contact with other organizers, write letters to public officials, prepare brochures, develop logos, consult news and educational sites, visit CatComm´s website to learn about other projects, and document projects in the Community Solutions Database. Aside from this, volunteers from local universities and computer savvy community leaders offered IT workshops a few times a year for project organizers with difficulty using computers. We developed unique technologies for this room. Mainly, through a system of logins, leaders that frequented the Casa updated their contact information and told us how they were using the space’s facilities with each visit. We also made available a secure and personalized folder where all visitors could save their documents.

This small room is where informal meetings happened daily at the Casa. People waiting for computer time or during their lunch sat here and held meetings. Small groups of community leaders, looking for a central place relative to their diverse communities, set up meetings to discuss important themes or events being organized. Also, every two months, during the launch of a new art exhibition, this room would fill with people – community leaders, artists, students, university professors, journalists, and others – who’d come to appreciate art, hear the music of the Carnaval band Escravos da Mauá (whose sessions happen in the square in front of the Casa), and meet new friends.

Local realities, challenges, successes and hopes, are frequently expressed in art and crafts made by artists from low-income communities. The CatComm Gallery was a space for the promotion of community artists and craftspeople engaged in Rio’s social movements. Exhibits lasted two months following the official launch party. The Gallery occupied the entrance hall and the multimedia workshop room of the Casa. 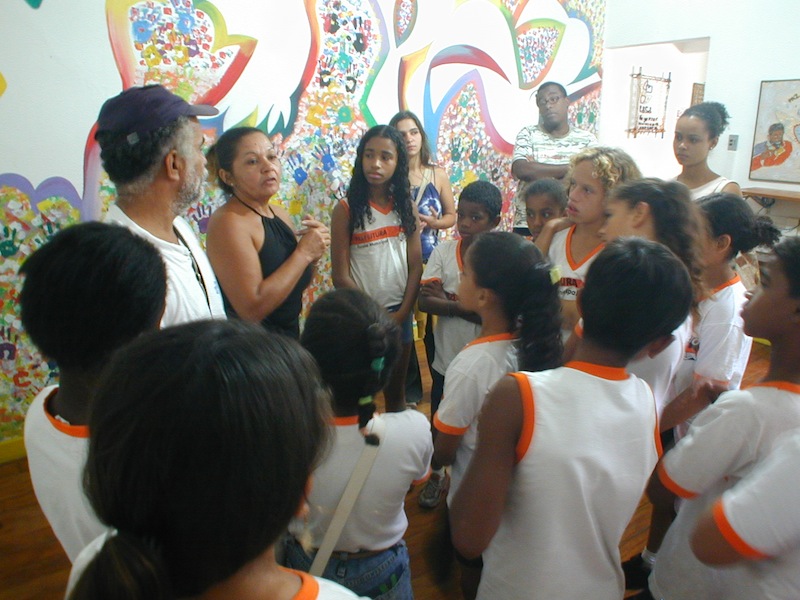 In Rio de Janeiro, community organizers from throughout the region had a central space in which to meet, exchange ideas, and share experiences. The connections made and information exchanged were spontaneous. Our function was to maintain the space as inviting and nurturing of community activities. We would like to share experiences with and help inspire similar spaces elsewhere.

The following is a list of the characteristics of the space we recommend in cases of replication:

The most important factor for success was the philosophy that went into opening and managing the Casa: trust, respect, diversity, support, and compassion were driving values.

As with all projects, there were obstacles. In the interest of supporting the success of similar projects elsewhere, we list those that were most important:

Several different forms of assessing our work took place over the Casa’s 5 years: