As 2014 draws to a close, Catalytic Communities would like to express huge thanks to everyone who has made our work possible during this important year for Rio and its favelas. The World Cup brought unprecedented international attention to Rio’s favelas and CatComm has continued to work throughout the year to shape the local and international debate and amplify community voices and perspectives through a range of projects strategically designed to advance the possibilities for participatory, sustainable development models for informal communities worldwide.

Here we take a look at CatComm’s highlights of 2014, a year which has seen us expand our RioOnWatch project into a dynamic news portal, advance the favela gentrification debate on the community and international levels, and shape the media coverage of Rio’s favelas on a global scale. However, human rights abuses and forced evictions escalate as preparations for the 2016 Olympics gather pace and our work supporting Rio’s favelas has never been more critical.

Please help guarantee our essential work through the following year and make a donation. Note that everything listed here was accomplished on a budget of less than $100,000, thanks to 9600 hours of intern time, in addition to over 100 volunteers, translators, collaborators, and our dedicated staff of four.

Here are the highlights from 2014: 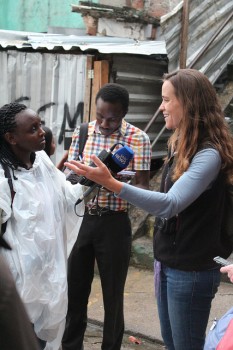 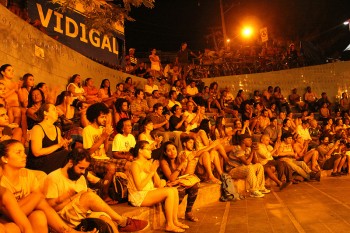 In continuing to apply our 4-Prong Strategy of (1) Strategic training and networking favela activists with broad networks of support, (2) Broadly communicating the issues and values of the favela based on community perspectives, (3) Developing and proving the value of participatory planning methodologies; and (4) Advocating on behalf of inclusive, integrative and participatory policies; with your continued support in 2015 CatComm will: